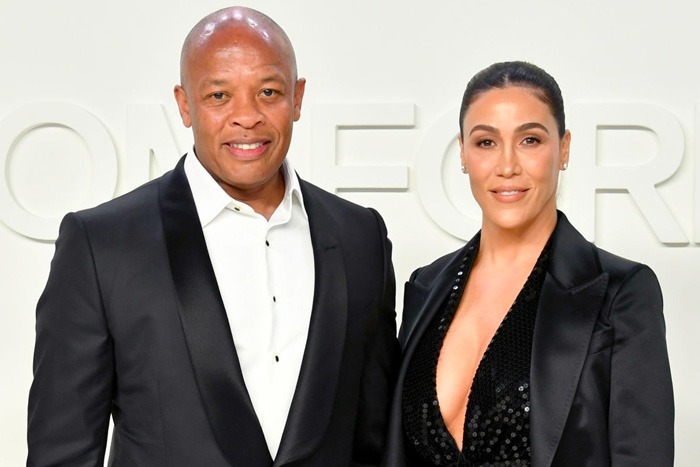 Dr. Dre’s divorce is getting ugly.

The hip-hop mogul and his estranged wife, Nicole Young, are in the middle of a highly-publicized battle over his $1 billion fortune. Now a new report from The Blast claims that Nicole refuses to turn over some of her husband’s “personal items” from their Malibu beach house including golf clubs, a motorcycle, and his gun.

According to legal documents, the two are living separately. She is residing in Malibu, while Dre is in Brentwood. Dre’s attorney says that Nicole won’t allow him to collect items from the Malibu house and bring them to his Brentwood residence.

“Mr. Young sent someone to Malibu this morning to pick up some of his personal belongings (something Ms. Young does almost daily at the Brentwood home). At first, your client said OK, but after walking away for 5 minutes (assumedly to you call your office) she came back and rejected the request,” Dre’s lawyers said in a letter to Nicole’s legal team.

The letter continues, “The items in question are Mr. Young’s golf clubs, his motorcycle, and his registered firearm for return to the gun safe at [Dre’s Brentwood home].”

Dre claims that he allowed Nicole access to his home to collect her various belongings and is demanding he can retrieve his stuff from the Malibu house.

The couple, who announced their separation in June, is at odds over the prenuptial agreement. She claims that she unwillingly signed a prenup in 1996 after being pressured by Dre. Two years into the marriage, Nicole says Dre destroyed the prenup and claimed it null.

Nicole is seeking a stake of Dre’s billion-dollar fortune, but he claims all of his businesses and a large portion of the $1 billion is his sole and separate property. Nicole has reportedly demanded an upfront $1 million payment while they work through their issues and is requesting financial documents from Dre’s business team from the past 10 years.

The former couple, who share two children, split after 24 years of marriage.