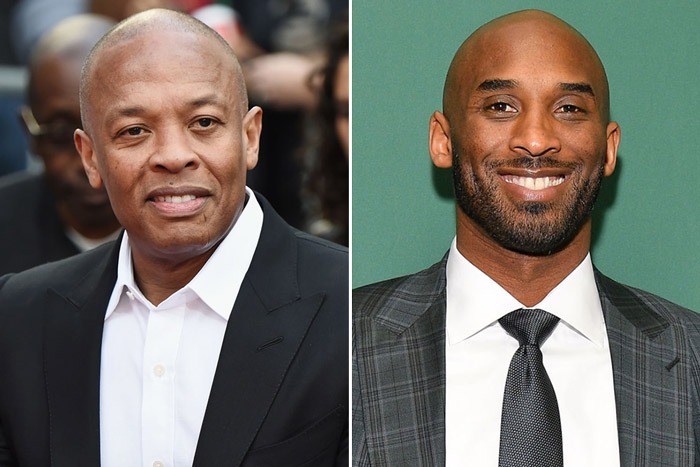 The late Lakers legend was honored with a special tribute from Jennifer Hudson. The Oscar-winning singer took the court at Chicago’s United Center to perform a stirring rendition of Donny Hathaway’s classic “For All We Know (We May Meet Again)” in front of a montage of Bryant and his daughter Gianna “Gigi” Bryant, just weeks after they were killed in a helicopter crash.

Common also honored the NBA champ with a spoken-word tribute during the pre-game introductions. “He used his game to touch the world’s soul, a king named Kobe Bryant who wore purple and gold,” said the Chicago rapper.

Dr. Dre delivered an epic tribute to the Black Mamba by producing the soundtrack to a video montage. The imagery, directed by Gibson Hazard and Jack Bannon, opened with Kobe’s No. 24 Lakers jersey and a black snake on the court at Staples Center while incorporating highlights from Kobe’s legendary career, starting as an 18-year-old rookie.

At one point, Dre made a cameo in the studio and saluted the “legendary” athlete before the beat switched up to a remix of “California Love.” The powerful visual also featured footage of Kobe and his 13-year-old daughter and ended with them standing side by side on top of the Staples Center, which had been renamed Kobe Center.

Chance the Rapper also honored Kobe during his halftime performance with special guests Lil Wayne, Quavo, and DJ Khaled. “We pray for a day that will come where we will get to see a place where there is no sunrise and there is no sunset,” he said while footage of Kobe was shown on the screen behind him. “And the prince of peace will say ‘job well done.'”

Lil Wayne also gave a shoutout to Kobe and Gianna during his “No Problem” verse. “Rest in peace to Kobe Bryant and his daughter, blood,” said Weezy. The performance capped off with a message that read “We thank you Kobe” as the crowd chanted his name.

Both teams showed love for Kobe and his family on the court. Team Giannis sported No. 24 jerseys in his honor, while Team LeBron paid tribute to Gianna with No. 2 jerseys. The NBA also renamed the All-Star MVP trophy after Bryant.