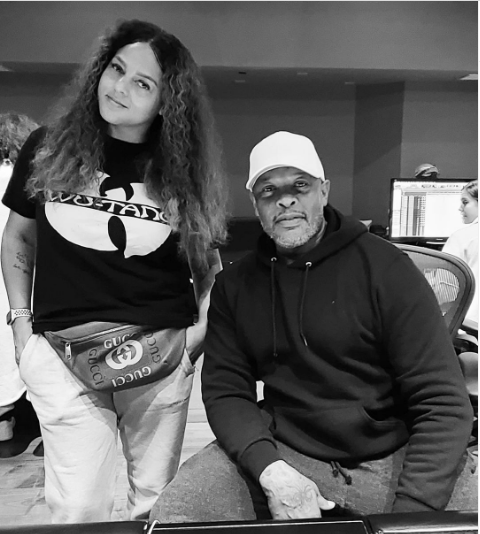 A report from HipHopDX has confirmed that N.W.A. founder has expanded his discography with the completion of a neo-soul album titled Casablanco with Floetry front woman Marsha Ambrosius.

The Grammy winning producer took to Instagram this weekend to announce the project’s completion, sharing an image of what looks like an orchestra that was a part of making the album. Violinist Eric Gorfain also announced the Casablanco album on social media, saying, “The cat is out the bag. I spent this summer arranging strings for this entire album, reuniting with @drdre and @marshaambrosius. Casablanco is seriously good. Marsha is ridiculously good. Dre is The Greatest.”

“I just finished recording an album with Marsha Ambrosius,” Dre wrote. “Casablanco I had a blast!! This is some of my best work!!”

Ambrosius also announced the album sharing a pic of her donning a Wu Tang Clan shirt standing alongside Dre.

Dre has also been busy on other projects for 2022, including a new story-based expansion for Grand Theft Auto Online, featuring new music from himself alongside Snoop Dogg, Busta Rhymes, Anderson .Paak and more.