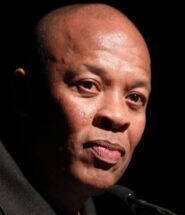 As social media erupted with “are they or aren’t they” speculation, Lil Fizz’s ex Moniece Slaughter took it upon herself to confirm the Beats By Dre mogul was indeed in a relationship with the mother of Omarion’s child and has been for “a while.”

But according to another Instagram Live, Slaughter is already feeling the repercussions. Jones’ fellow Love & Hip Hop alum is adamant Dre recruited someone to threaten her over the phone.

“I don’t take kindly to threats,” she says in the clip. “I’m trying to save it for the interview tomorrow but I don’t know if I can hold it … how dare you send a n-gga to bang my muthafuckin’ line and threaten me? I don’t care who you think you are, I don’t care who the world has told you you are. I don’t know you and you don’t know me and I didn’t say anything negative about you, sir! And it wasn’t negative.”

Slaughter went on to admit she recorded the conversation and would deal with the situation as she she fits.

“So don’t you send another muthafucka to this phone of mine to make one more fucking threat,” she continued. “Yeah, Dr. Dre. And I recorded it. Wrong fucking bitch! Wrong move, muthafucka! Suck my dick, you’re done! I fucking recorded both conversations, you’re fucked up the ass! You thought that aneurysm fucked you up, I’m the aneurysm bitch!”

In Slaughter’s original video addressing the rumors, she was surprised Dre would be interested in someone like Jones who isn’t shy about her sexuality.

“To the person that asked me if Apryl and Dre are together: yes they are,” she said. “It’s been a while that they’ve been together … it’s not new. I’ve known for a while. I was shocked just because of her public announcement that she’s polyamorous … I was surprised that someone as established and refined as Dre would almost wife her.”

Dre is currently in the middle of a contentious divorce with his estranged wife Nicole Young who filed for divorce in June 2020 after 24 years of marriage.

Their case revolves around a prenuptial agreement she signed in 1996, which she says should be tossed out. While recovering from a reported brain aneurysm last month, he agreed to a one-time payment of $2 million in spousal support in addition to the over $200,000 he’s already paying monthly.