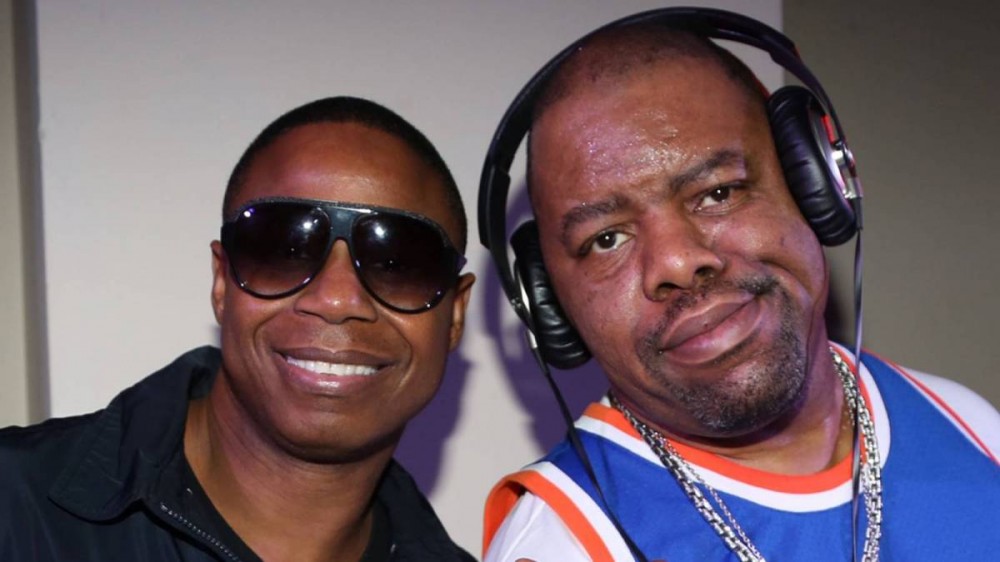 Exclusive – Doug E. Fresh and Biz Markie shared at least one undeniable talent — beatboxing. Fresh, also known as The Human Beatbox, and Biz, “The Clown Prince of Hip Hop,” had an innate skill when it came to “making music with your mouth.” Coming up during the golden era of Hip Hop, the New York City natives helped cultivate a culture that would ultimately dominate the globe, making them both legends in the process.

But Biz’s life came to an untimely end on July 16 when he passed away at a Baltimore, Maryland hospital from diabetes complications, leaving a gaping hole in the Hip Hop community. But that doesn’t mean it’s the last we’d hear from Biz. His legacy lives on not only on classic albums such as Goin’ Off (1988) and The Biz Never Sleeps (1989) but also through the many collaborations he’s done over the years.

On September 24, Doug E. Fresh released his first solo album in 26 years called This One’s For Chuck Brown: Doug E. Fresh Salutes The Godfather of Go-Go, a Washington D.C. pioneer and architect of Go-Go music. It just so happens to feature the last recorded verse from Biz Markie.

During a recent interview with HipHopDX, Doug E. Fresh opened up about Biz and that moment in June 2020 when he found out Biz had been rushed to the hospital.

“I was on an interview with Biz on June 17,” he recalls “And I think around a little after that day is when I heard that Biz had gotten rushed to the hospital. I didn’t know what it was for, but I assumed that it was diabetes-related because I’ve always talked to Biz about his health and watching out and looking out what he’d eat and stuff like that. And then later on, I found out that it was.

“When I heard the news, I kept the doors of hope open, thinking that he will be OK and we ain’t gotta worry about Biz, he’s going to bounce back,” he says. “We know Biz. Biz is strong. Biz is going to do it. And as time started going, I started getting more information, and things wasn’t really going that well, I would constantly call, send pictures and flyers of things that we would do before. So it was kind of like … it’s weird how this album came out with Biz on it, and I didn’t plan that either.”

As fate would have it, Doug E. Fresh nabbed what would become Biz’s last verse for the Go-Go version of “The Show,” Doug E. Fresh, Slick Rick and The Get Fresh Crew’s 1986 Hip Hop staple.

“I didn’t know that this would be the last recording of Biz,” he says. ” Biz would make you laugh, joke around, make you feel good. I appreciate it. He was a good brother, so his spirit will live on.”

Doug E. Fresh and Biz Markie’s collaboration is reminiscent of the one Atmosphere did with the late MF DOOM for the WORD? track “Barcade,” which is likely DOOM’s final offering. Speaking to DX at Red Rocks Amphitheatre in August, Slug spoke about DOOM’s passing.

“That was really intense for me,” Slug said at the time. “And by no means were me and him super close friends, but whenever we saw each other, it was on. We had a real good connection, so we were friends, but we didn’t check in and say happy birthday and shit like that. Him and [RSE co-founder] Siddiq were really close. And me and Siddiq are really close, so we also shared that bond in that the two of us both had a really, really good friend who was the same person.”

Although DOOM died on October 31, 2020 the world didn’t learn of his death until New Year’s Eve — that’s when it hit Slug.

“When he died, it hit me — because it was just a hard year in general — and so for that news … I didn’t even know until New Year’s Eve when the public announcement came out,” he explained. “I was doing the math, because he gave me that verse and was like, ‘I’m good. I like it.’ And that was in October.

“He was one of the last people to give me a part for the album. And so when he gave it to me and then when I did the math and they said that he died on Halloween, I was just like, ‘Yo he gave me this verse right before he died.’”

Both DOOM and Biz Markie will continue to live through their music and all those who loved them. Check out “The Show – Go-Go Version” featuring Biz Markie above and make sure to head back to HipHopDX soon for Part II of the Doug E. Fresh interview.