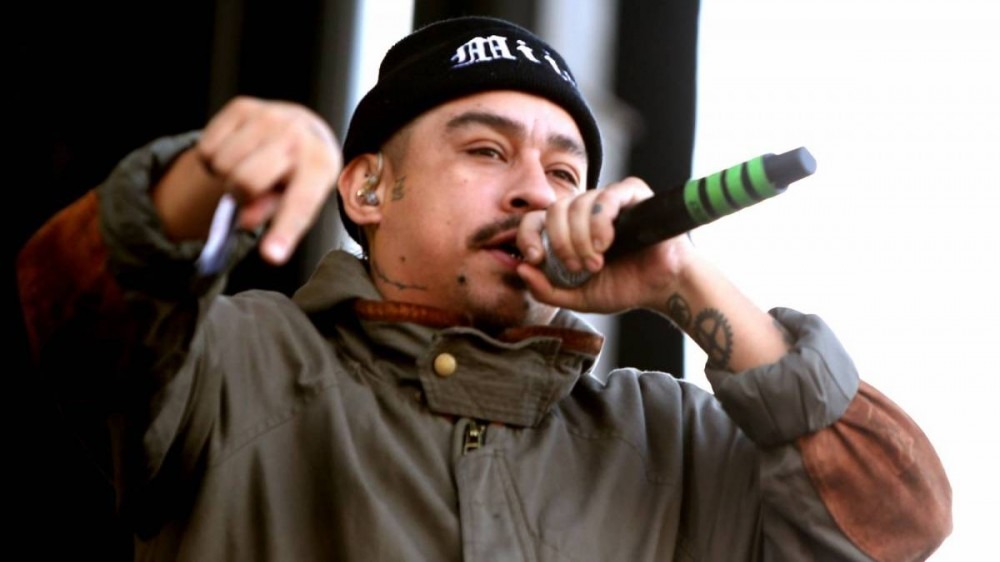 Doomtree rapper Mike Mictlan was hospitalized this week after doctors discovered he not only had a severe case of pneumonia but also a lung infection.

The Los Angeles native, who’s one of the founding members of the Minneapolis-based Hip Hop collective, opened up about his dire medical situation in an Instagram post dated Wednesday (August 24). Mictlan noticed something was seriously wrong when he couldn’t walk or breathe although he initially thought he just pulled a muscle in his right shoulder blade.

“turns out I have an infection in my lung,” he wrote alongside a photo of himself on a hospital bed. “doctor said I have pneumonia ‘plus’ & couldn’t tell from the CT scan if there’s an abscess on my lung or the infection is just localized in a spot. crazy intense pain, been here since Sunday. with my diabetes outta wack, which is a constant, things are even harder. finally can stop puking & hold down a lil food & water the past couple hours & doc’s say my lungs are way better than before.”

At the same time, Mictlan revealed he’s experiencing financial hardships that could put his family on the street. Although he admitted it was difficult to ask for help, he ultimately determined it was necessary.

“One of my biggest problems is asking for help when I need it,” he continued. “So here it goes: I truly hate coming on here begging BUT I really have no other real options & my rent is past due & will be again on the 1st of the month. trying not to get me my wife & kids evicted but the county is slow with their help. so if any of you great ppl can help with anything my @cashapp is $MikeTheMikey I know so many of you have helped in the past & my gratitude is beyond what words can express.”

He continued, “I know some ppl are shocked that an ‘indie rapper’ can be broke & everyone is supposed to posture themselves as having an interesting, fun life but you all know that I haven’t played a show or released a song in a long time. so here goes sum nitty gritty honesty. various circumstances, tragedies, illness & depression that I really don’t talk about on here are all the reasons.”

Mictlan added not everything is all “doom and gloom” and took note of his progress. He also remained resolute in his determination to beat the odds.

“I’ve really come a long way & have fought really hard & appreciate ALL of my blessings like my children & the community on here that lift me up daily,” he said. “& if all you have is room in ur life to keep me in ur thoughts & prayers then you have NO IDEA how much I appreciate even the smallest sentiment.

“some ppl say that I’ve helped to change their lives for the better but you have all really saved mine countless times. remember i said rap wouldn’t save YOU, never said it wasn’t saving me everyday. (wow all that was hard to get out) LOVE YOU ALL – I’M NOT DONE YET. JUST A FEW STANDING 8 COUNTS. STILL GOT MY EYES ON THE PRIZE!”

Doomtree hasn’t released a single since February 2020 when they dropped “Five Alive.” Just four months later, the group was forced to go their separate ways after P.O.S. was faced with numerous allegations of “predatory” behavior and abuse.

“The name for that thing is best determined by someone who is educated about interpersonal relationships, who has an expertise that I do not have. But the stories that you are reading about P.O.S — at least some of them are true. Huge, vast, deep oceans of pain built on lies — deliberate lies — for years and years.”