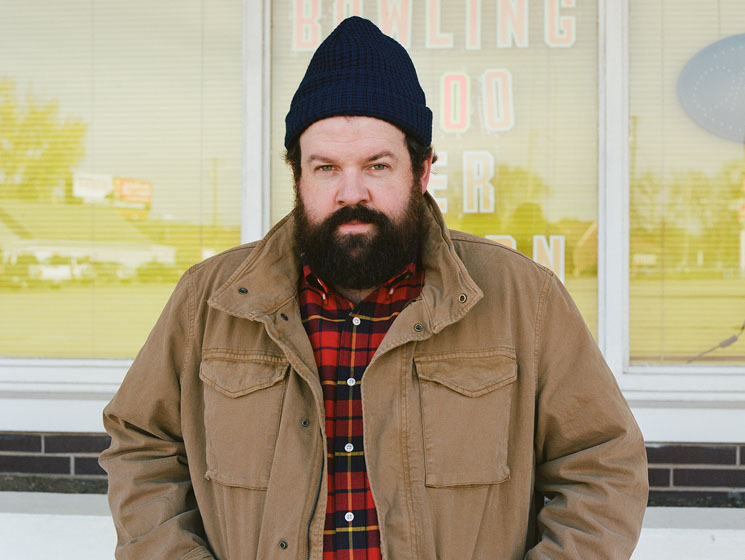 From the rugged, galvanizing blue collar anthem, “Easy Street,” on his new LP, Both Ways, to his 2010 CFL-inspired breakthrough “My Cousin Has a Grey Cup Ring,” Donovan Woods has spent years carving a unique niche in Canadian country music. But not all his fans pick up on the crucial nuances those songs. That’s especially true one the Sarnia-born songwriter’s Twitter followers, who recently rebuked one Woods’ social media critiques Conservative Party leader Doug Ford by telling him: “It’s cool to have a political opinion, but I’d advise you not to mix music and politics.”

“When people look at me they think: Big guy. Toque. Sings songs. And when things start to waver outside that, and you show your personality a bit, there’s some pushback,” Woods says ahead the release Both Ways. While he dismisses that social media rival as a “pressional troll to be ignored,” Woods adds: “I don’t think most people want entertainers to shut up and sing. Anybody who doesn’t understand that politics and music have always been bedfellows is kidding themselves.”

So what is it like to convey those notions in the country genre? “It certainly is tougher,” Woods says. “There’s more resistance to boundary-pushing.”

He’s not just speaking from personal experience, as an indie troubadour with a few Tories in his fan base. As a top notch Nashville songwriter, Woods saw some the genre’s titans contend with such struggles. Indeed, having his songs scooped up by the likes Tim McGraw, Charles Kelley and Charlie Worsham (“Portland, Maine,”  “Leaving Nashville” and “The Beginning Things,” respectively) not only garnered prestige, but also insight.

“Some famous country stars aren’t so much adverse to pushing boundaries as they are driven to please their fan base. They want to provide a product and keep their big teams employed, which can lead to safe mainstream music,” Woods says, before quickly adding: “That doesn’t mean they aren’t into amazing, boundary-pushing songwriting. Most them are. And when they have the opportunity to do it, I think most them take it.”

Woods points to Texas born songstress Kacey Musgraves (who recently released the lauded LP Golden Hour) as a prime example, praising her “subversive” use mass appeal. Another key role model for Woods is Bruce Springsteen. That won’t come as a surprise for anyone who hears his new synth-tinged everyman number “Easy Street,” which echoes Born in the U.S.A.-era Bruce more than anything in Woods’ previous catalogue.

By penning lyrics about working class, down-and-out characters, Woods forged fresh creative terrain, not unlike the Nashville elders he described as seizing a chance to push boundaries. As he puts it: “When you’re a singer-songwriter guy, you become so bored talking about yourself all the time. The subtext all your songs becomes ‘I’m emotional!’ It’s hard to find a way to sing about the bigger things, and for me, Bruce Springsteen is the best model how to do that.”

Woods is certain he’s not the only country artist bucking against complacency. “There are songs on the radio now that wouldn’t have been on five years ago. And all those conversations about representation and country’s fan base, and whether artists feel comfortable speaking up, it’s just a part the process. It’s slow, which can be frustrating. It can even feel like we’re mired in some standf, but I actually think it’s just more a slow march to progress.”

Both Ways is out April 20 on Meant Well. Canadian tour dates starting in Montreal on April 21 can be found here. (Meant Well)