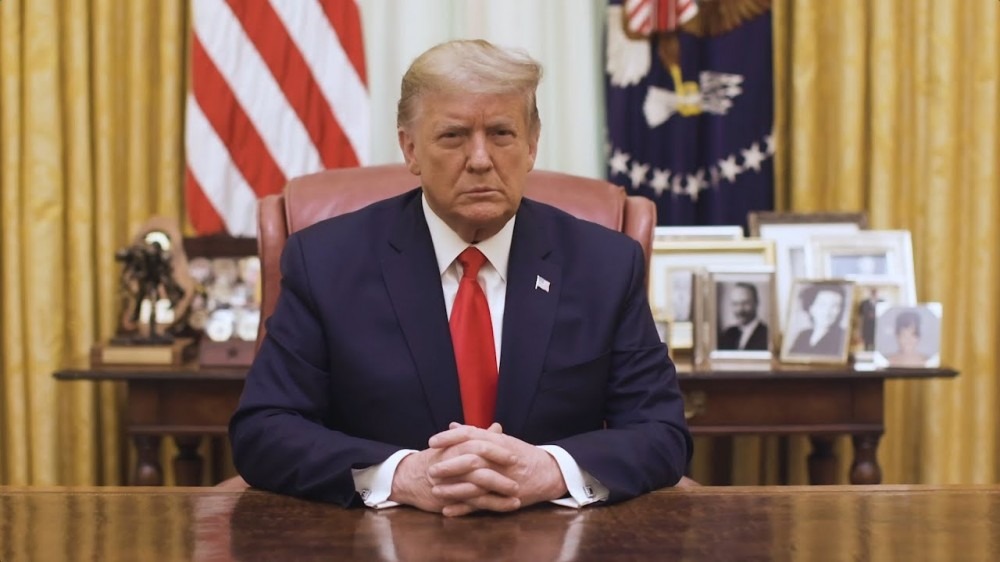 It’s been a wild week for Joe Rogan. After a COVID-19 controversy, Rogan has been under fire for his rampant use of the n-word. In recent days, Rogan has apologized for freely dropping the word on his podcast, while also stating that he did not mean to offend anyone.

Hearing the news and the apologies, former President Donald Trump issued a statement calling for Rogan to end his round of apologies.

“Joe Rogan is an interesting and popular guy, but he’s got to stop apologizing to the Fake News and Radical Left maniacs and lunatics,” Trump said in a statement to The Hill.

“How many ways can you say you’re sorry? Joe, just go about what you do so well and don’t let them make you look weak and frightened,” Trump added. “That’s not you and it never will be!”

Over 70 episodes of the podcast were removed from Spotify ahead of Rogan’s apology. “There’s nothing I can do to take that back. I wish I could. Obviously, that’s not possible,” Rogan said. “I certainly wasn’t trying to be racist, and I certainly would never want to offend someone for entertainment with something as stupid as racism.”

Trump joins a crew of Rogan supporters, which includes Hip-Hop figure J. Prince. J. Prince shared Rogan’s apology video on Instagram, and wrote under, “Joe Rogan is not a racist. I know this brother. It takes a sincere individual to admit when they are wrong and have fucked up about a situation. As you can hear he’s done that and I forgive him because I never want to become one of those people that are filled with un-forgiveness and hate, that we complain about all the time.”