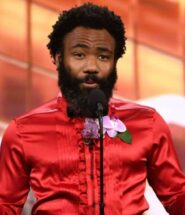 Donald Glover is reportedly making the move from FX to Amazon in a lucrative deal that’ll score him 10s of millions of dollars.

According to The Hollywood Reporter, the Atlanta creator has signed a multi-year deal with Amazon worth eight-figures. The agreement is set to include a content channel spotlighting Glover’s work and other curated content on Amazon Prime Video. In addition, his brother Stephen who wrote and produced Atlanta alongside him, has also signed an Amazon deal.

Despite the switch, Atlanta will remain on FX going forward. The comedy-drama series has been renewed for a third and fourth season with the network, with production scheduled to begin in March following delays caused by the COVID-19 pandemic. It’s currently unknown whether the series will continue beyond that.

The news arrives less than a week after the announcement of Glover’s new Amazon series Mr. & Mrs. Smith. The reboot of 2005’s film of the same name will find Glover reviving Brad Pitt’s role opposite Fleabag star Phoebe Waller-Bridge, who already has her own partnership with Amazon.

As part of the deal, Glover will executive produce other projects for the streaming service. A series potentially titled Hive is in the works, which is based around a Beyoncé-like figure and written by Janine Nabers (HBO’s Watchmen and Netflix’s Away). Barack Obama’s daughter Malia is also on board in some capacity.

On the music side of things, Glover announced a new Childish Gambino album is on the way in November, and predicted he’ll top his 2018 success.

“Last music project was probably my best,” he wrote. “but the one coming will be my biggest by far. listen to ‘new ancient strings’ outside. There is a lot (of magic) comin. yall thought i was hot in 2018.”