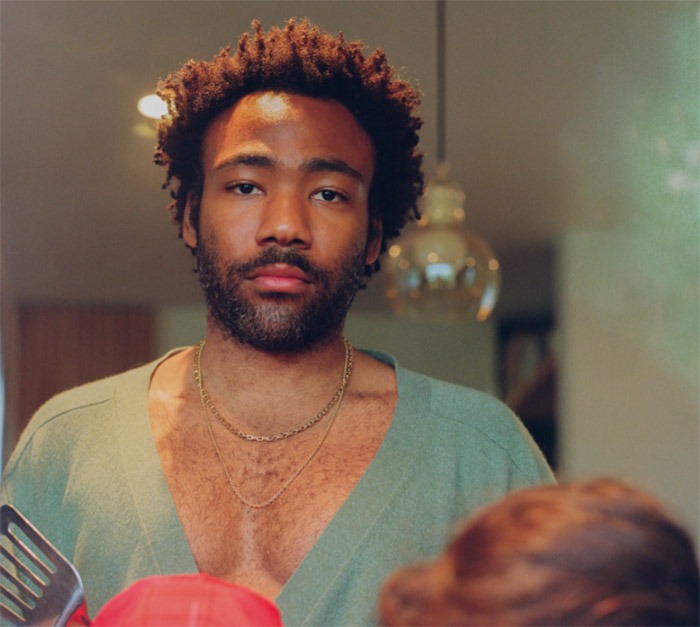 A week after surprising fans with a mysterious stream, Donald Glover officially presents his new album 3.15.20.

The 12-track set, named after its original March 15 release date, marks his first full-length release under Wolf+Rothstein/RCA Records. The album arrived at streaming services last night as a standard track-by-track version under Childish Gambino. Ariana Grande appears on “Time,” while 21 Savage and Khadja Bonet guest on “12.38.” Other contributors include Ludwig Göransson, DJ Dahi, and Glover’s son Legend (“47.48”),” while “On Fleek” creator Peaches Monroee is credited on “35.31.”

Aside from “Algorhythm” and “Time,” the titles are named after the timestamps indicating where they start on the album. The previously-released “Feels Like Summer” is also included, but has now been renamed to “42.26.”

A continuous, single-track version is also on streaming services under the artist name Donald Glover Presents. Fans can stream the album simultaneously at DonaldGloverPresents.com for a limited time.

3.15.20 is the follow-up to 2016’s “Awaken, My Love!” Last year, Glover released in his Amazon Prime film Guava Island co-starring Rihanna and voiced Simba in a reboot of Disney’s The Lion King.