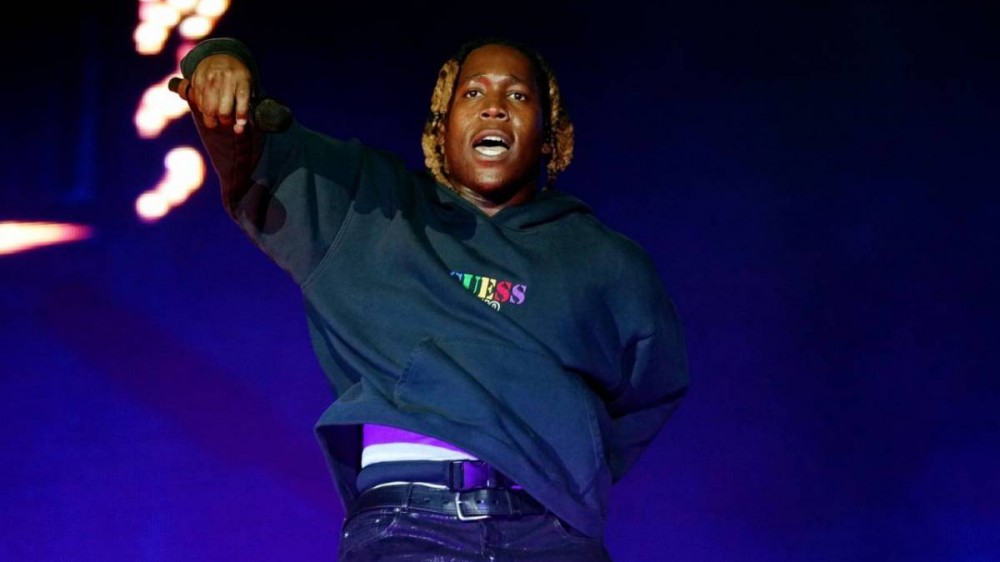 Don Toliver is gearing up for the release of his Life Of A Don album on Friday (October 8). To celebrate the project’s arrival, the Houston native purchased a thick iced-out chain with the LP’s title inscribed into the heavy medallion.

Life Of A Don boasts 16 tracks in total and features the likes of his Cactus Jack Records boss Travis Scott on a pair of records, in addition to rising star Baby Keem, Don’s girlfriend Kali Uchis, SoFayGo and HVN.

The “Afterparty” artist also notched a collaboration with the clothing brand Guess, which launched a “Guess Who” capsule. The collection includes an array of hoodies, t-shirts, jeans and long-sleeve shirts, which will be available online and at participating Guess retailers on October 8.

Some of the garments even feature the Life Of A Don tracklist on the back.

With the release of Don Toliver’s first two albums sandwiched in the midst of the COVID-19 pandemic, Hot 97’s Ebro Darden wondered if his rise and success have felt disjointed, in spite of him adding Eminem and Kanye West collaborationss to his résumé.

“I just put in the work and at the end of the day, I feel like there’s gonna a be a time and place where we’re gonna really have to talk about,” Don T explained. “And when we talk about it, it’s gonna be crazy. And that’s been my mind frame with everything.”

Don Toliver’s The Life Of A Don Tour with special guest BIA continues this week with shows in Washington D.C. and Philadelphia. Watch his full Hot 97 interview below.