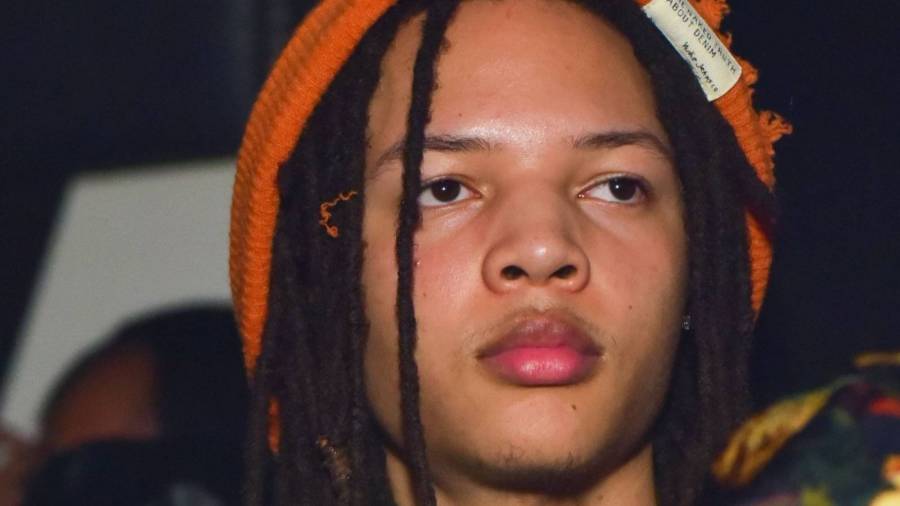 Atlanta, GA – T.I.’s son Domani Harris has been etching out a rap career for himself that has people taking notice. Over the weekend, Domani took the stage with his father to display some rap skills during an impromptu set at Afropunk in Atlanta, Georgia.

In the clip shared on social media, Domani joins his father, T.I., performing as part of Kawan Prather’s “KP The Great & Friends” set. The 20-year-old wasted no time taking his father’s shine as he ripped through an impressive freestyle.

Domani spits a few bars about his journey into the rap game and shadowing his dad throughout the Atlanta legend’s career. One of the highlights of his freestyle comes when he speaks on his independence from his family.

“Now I moved out at 18, and now I’m on my own/Pops I know you got it, but I just rather get it on my own/Stop asking me all these questions my answer is in my songs/Place the pen in my left hand and watch me write these wrongs,” Domani rapped.

Domani has been catching the attention of some big-name people with his music. In 2019, J. Cole called Domani and congratulated him on dropping his project Time Will Tell. According to Cole, the project is a classic record.

“This project is fucking amazing bro,” Cole said. “You did such a great job on that shit. I really appreciate you sending that to me. I feel like I know you after listening to that. I feel like you delivered a classic. The fans gon’ listen to that shit for decades bro. I really feel you.”