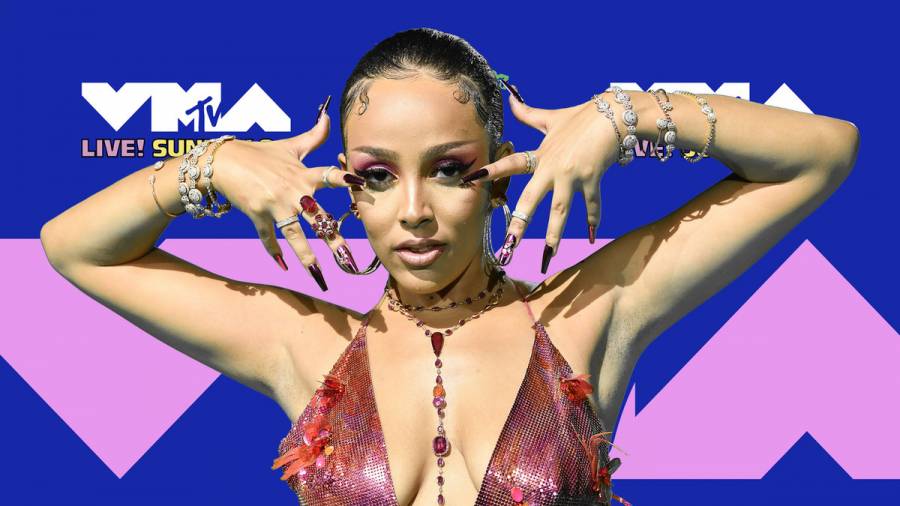 TikTok has been kind to Doja Cat.

For the second time, fans on the popular social media app have catapulted a song from her 2019 album Hot Pink from an album cut into a Billboard Hot 100 charting single. Thanks to the #SilhouetteChallenge and its usage of her Hot Pink song “Streets,” the track arrived on the Hot 100 late last month and has now made its way up to No. 25. It also sits at No. 10 on Spotify’s Top 200 list.

Created by TikTok influencer Giulia Di Nicolantonio, the #SilhouetteChallenge fuses Paul Anka’s 1959 song “Put Your Head on My Shoulder” with “Streets” and features the user going from drab pajamas to showing off their curves with a red light.

should i do the silhouette challenge?

At the start of the quarantine last year, a similar trajectory happened with Hot Pink cut “Say So” after popular TikToker Haley Sharpe created a dance for it that caught on like wild fire. The song and its accompanying dance grew so big that Sharpe was featured in the video, and landed Doja her dream collaboration with Nicki Minaj for the remix.

The success of “Streets” comes at an interesting time for Doja, who was actually preparing to drop a new album in the coming months. It’s been over a year since Hot Pink arrived in November of 2019, and the singer/rapper announced its successor Planet Her just before Christmas, though she didn’t have a projected date outside of “2021.”

Shortly after the new year, she hinted at Planet Her‘s features by following just eight people on Twitter and suggesting her followers pay attention to who they were – Megan Thee Stallion, French Montana, Young Thug, A$AP Ferg, Saweetie, SZA, The Weeknd and Ariana Grande. She has yet to provide a date, however.

In the meantime, check out some submissions to the #SilhouetteChallenge below.

I did this with 1% battery ? #foryou #ferret

♬ Put Your Head On My Shoulder – Giulia Di Nicolantonio

Hopped on the trend my way. What do you think ? #trend #transition #fyp

♬ Put Your Head On My Shoulder – Giulia Di Nicolantonio