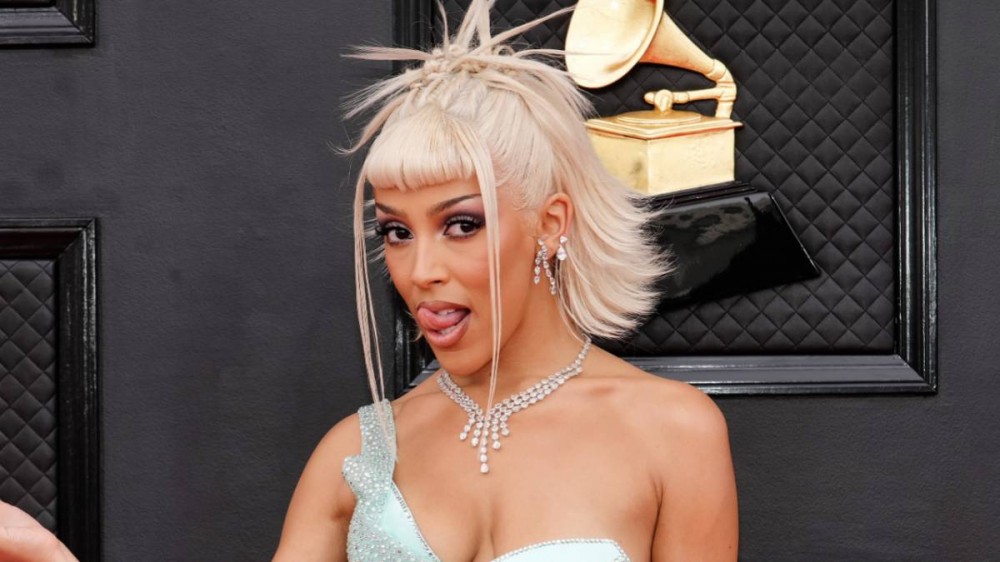 Beyond the hit records, hilarious antics and dash of controversy, there’s no denying Doja Cat’s sex appeal. That much was evident on Monday (May 30) when the Planet Her star left her 5.4 million Twitter followers with collective cotton mouth after posting a pair of half-naked thirst traps.

Apropos of nothing, Doja turned heads on the social media platform by sharing a photo of herself wearing nothing but a pink bikini, turquoise heels and items of jewelry — showing off her svelte figure in all its glory. In typical Doja fashion, she pulled a goofy face while laying down the thirst trap.

The 29-year-old singer/rapper — who counts Chris Brown, Jack Harlow and NBA YoungBoy among her legion of famous admirers — posted an even racier photo just minutes later showing her all-but-bare behind and bikini thong. Again, Doja couldn’t help but strike an irreverent pose.

With over 500,000 likes between them, Doja Cat’s bikini-clad thirst traps got pulses racing. “If I was on death row and they asked me what I wanted to eat before I go this would be it,” one fan replied, while another wrote, “So fucking fiiiiine.”

Other responses were far more shameless.

On the music side, Doja Cat has another gold plaque on the way thanks to her “Freaky Deaky” collaboration with Tyga, which surpassed 500,000 sales in the U.S. on Monday (May 30). Doja already has seven gold records, in addition to five platinum plaques.

Despite the enormous success of her 2021 album Planet Her and hits like “Kiss Me More,” Doja Cat recently hinted at veering away from the pop/R&B lane and recommitting herself to rap on her next project.

“I have been getting songs and things sent to me… Oh fuck, I wish I could tell people!” she told Elle magazine. “There’s some really cool stuff that I got sent from friends. They’re all working on beats, and I’m giving them notes and they know what I want, so I’m excited.”

She added, “I’ve rapped since the beginning, and I really couldn’t even sing that well to begin with — I got a lot better. I use my voice as a tool to create these worlds, and it’s fine if people think that I can’t rap.”