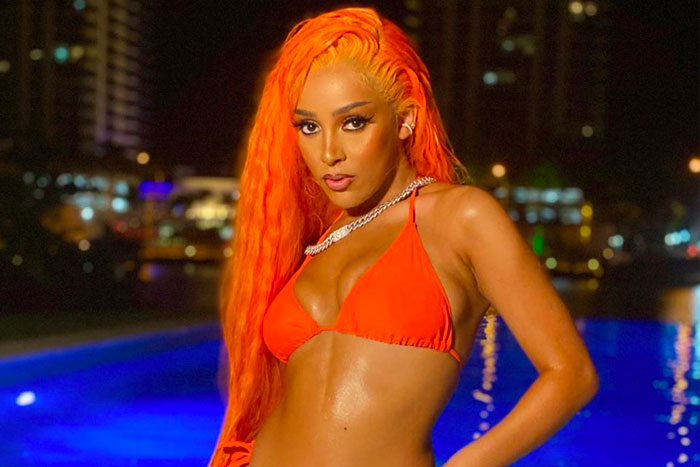 Doja Cat is dedicating a song to “N.A.S.”

One week after Nas took a shot at her on his single “Ultra Black,” Doja Cat has announced that she will release a new single called “N.A.S.” The song, which she teased prior to Nas’ diss, is an acronym for “Ni**as Ain’t Shit.”

Speaking with fans on Instagram Live on Thursday, she made the announcement. “The song that I have coming out is called ‘N.A.S.,’ but only if you abbreviate it. It’s three words—abbreviate. Which is funny, it’s kinda nice,” she said before making reference to Nas’ “Ultra Black.”

Doja Cat reveals she has a new song coming out called “NAS” pic.twitter.com/5SYBVAfzim

Back in July, Doja previewed “N.A.S.,” which includes the lyrics, “Doin’ too much, relax a bit / Actin’ like that ’cause your dad’s a bitch / Must be the way that the planets is / Must be your face ’cause it’s not your dick.”

Nas called out Doja on his King’s Disease single “Ultra Black” for her controversial past including racist comments made in online chatrooms. “We going Ultra Black / Unapologetically Black / The opposite of Doja Cat,” he raps.

Doja later responded by expressing her fake outrage. “I’m so offended and upset by this song,” she said before joking, “Have you guys heard ‘Fruit Salad’ by The Wiggles?”

Earlier this month, Doja released her song “Freak,” which gained popularity on TikTok. She is set to perform at the MTV VMAs on Sunday, Aug. 30.

doja cat deleted this but i believe this is her response to what nas said about her pic.twitter.com/zLhXSLLSVW