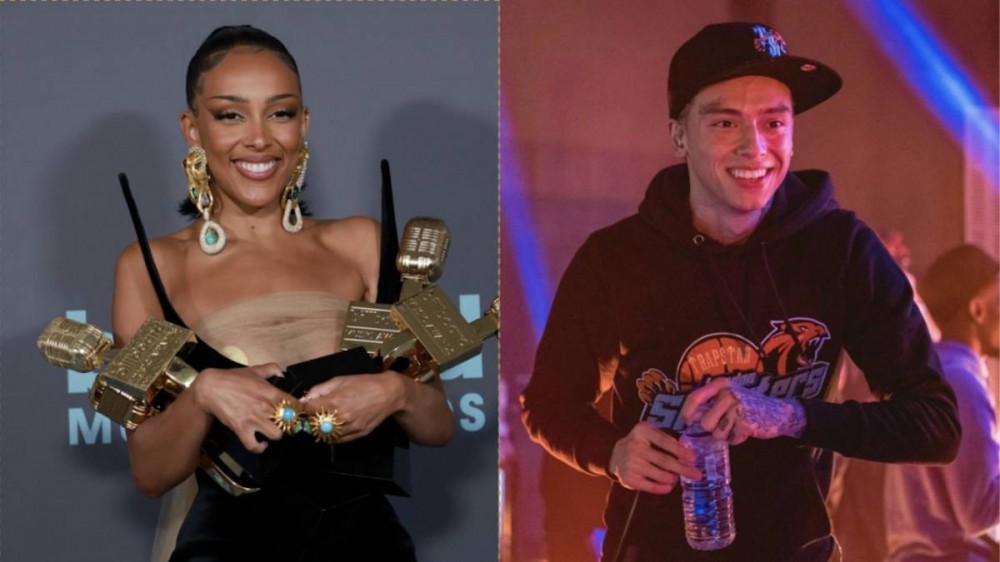 In a recent Instagram Live session where the Grammy Award-winner was making herself a drink in a robe, she was asked about the song. Although she said she was “above” speaking about it, she couldn’t help but laugh at a fan’s joke.

“I wasn’t going to say anything about the Central Cee thing but it’s really funny that somebody just said, ‘I’m not trying to in-doja in that.’ I’m too fucked up to not mention that, it’s very funny! ‘Indulge in that’ is funny. I’m sorry,” she laughed.

Doja quickly pointed out how she found Central Cee’s accent and bars humorous. The track has gone viral on TikTok and YouTube since it was released in July and begins with Central Cee mentioning Doja by name and professing his desire for her.

“Somebody tell Doja Cat, I wanna indulge in that… See the motion clap when you’re throwin’ it back,” he raps on the record.

However, the Planet Her star is already gearing up for the album’s follow-up despite recent throat surgery. In a May interview with Elle, Doja revealed she would be straying away from her pop side for her fourth album and lean more into Hip Hop and rap.

“I’ve rapped since the beginning, and I really couldn’t even sing that well to begin with—I got a lot better,” Doja said. “I use my voice as a tool to create these worlds, and it’s fine if people think that I can’t rap.”

She added: “I have been getting songs and things sent to me. Oh fuck, I wish I could tell people! There’s some really cool stuff that I got sent from friends. They’re all working on beats, and I’m giving them notes and they know what I want, so I’m excited.”

Ahead of the website’s launch, Doja shared a voice note where she said: “It was supposed to give but it did not give what needed to be gave to the highest of giving.”

The website is also titled ItsGivingWebsite.com and has a capsule collection using “It’s Giving” across an array of merchandise. An array of items from hats to shorts and t-shirts are currently available for purchase.

Paperwork has circulated on Twitter showing that Doja Cat filed a trademark for the “It’s Giving” catchphrase last year.