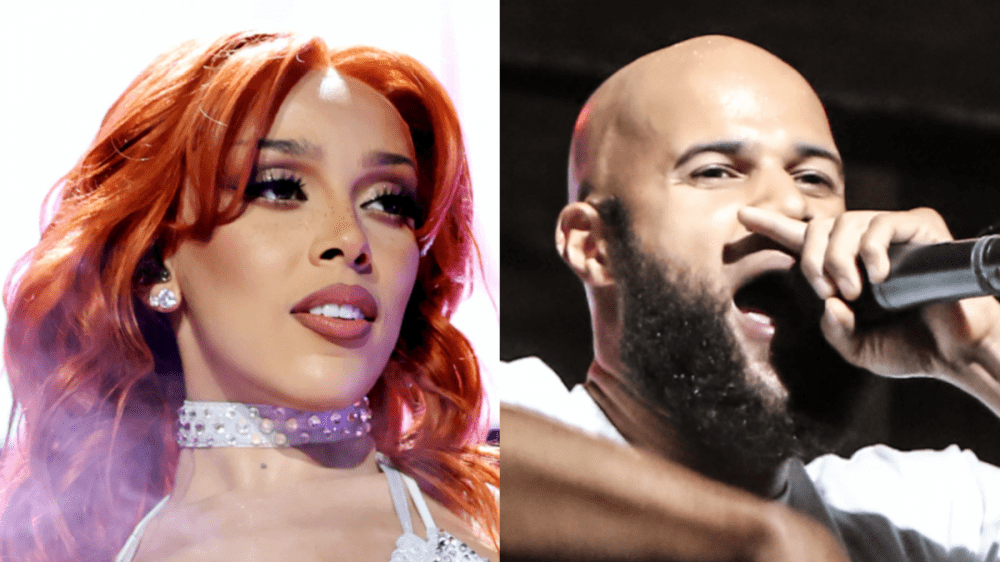 Doja Cat is no stranger to showing love to her favorite rappers, and Homeboy Sandman is the latest artist to be showered with praise.

During a recent Instagram Live session, she played the Queens rapper’s song “Couple Bars (Honey, Sugar, Darling, Sweetie, Baby, Boo),” which appears on his 2012 Stones Throw album First of a Living Breed. While noting he’s one of her favorite rappers, Doja Cat couldn’t stop laughing at the outro of the track.

“So, Homeboy Sandman is a rapper and he’s really fucking dope, he’s one of my favorite rappers,” she said. “But he does this thing. There’s a part at the end of the song where he’s just supposed to be talking, but when he talks he still sounds like he’s rapping and it’s kinda funny. I don’t know why that’s funny. It’s not that funny but it’s kinda funny to me, I don’t know. Maybe just to me.”

Homeboy Sandman isn’t the only rapper Doja Cat has given props to in December. She recently played Little Brother’s “Whatever You Say” on Instagram Live and called Phonte a “fuckin’ legend” after praising his verse.

“That’s one of my favorite verses in the entire fuckin’ history of rap, ever,” she said. “That shit was so smooth. He didn’t rhyme one fucking word. I don’t care what anybody says. Maybe the last bar. He said, ‘Personal time inversed in rhyme.’ That was the only thing he rhymed together. The whole rest of that verse was not rhymed. Nothing. Not one fucking rhyming thing, but it worked. It worked. You don’t have to rhyme.”

Speaking to HipHopDX about Doja Cat, Phonte said, “I was familiar with her early SoundCloud stuff that had heavy soul and J Dilla influences, so her being a fan of Slum Village and Little Brother wasn’t a surprise. The surprising part was that someone of her magnitude openly and publicly acknowledged us because that doesn’t happen very often in this business. It was a beautiful thing to see.

“As for the legend thing, I’m just happy that rhymes I wrote 20 years ago are still resonating with people, and that my brother Rapper Big Pooh and I have been fortunate enough to take care of our families by making music we believe in. I’m grateful and have no complaints.”