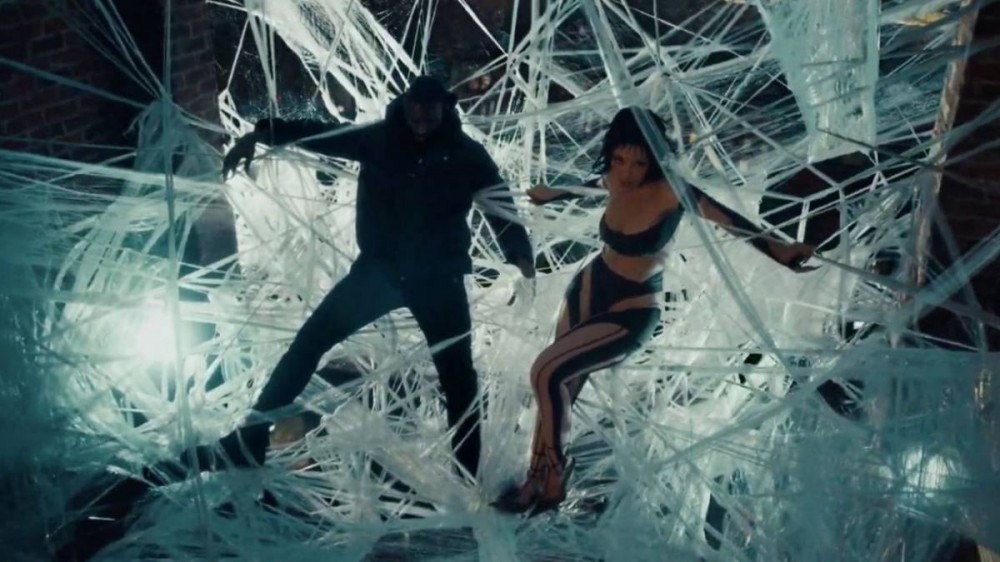 Doja Cat has finally supplied what the streets have been waiting on.

After her 2019 Hot Pink album cut “Streets” became a TikTok sensation earlier this year with the #SilhouetteChallenge, Doja has come through with the Christian Breslauer-visuals featuring Queen Sugar star Kofi Siriboe as her leading man. In the creative clip, Doja acts as a spider as Siriboe gets caught in her web – and of course they paid homage to the viral moment as well. Like the challenge, she even features a snippet of Paul Anka’s 1959 song “Put Your Head on My Shoulder.”

This is Doja’s second song to blow up off a fan-made TikTok challenge, following her now-Grammy-nominated Hot Pink cut “Say So” at the start of quarantine. TikToker Haley Sharpe created a dance for it that quickly went viral, and it eventually landed Sharpe a spot in the music video doing the dance alongside the Los Angeles-based artist.

Doja is set to perform at the 2021 Grammy Awards this Sunday (March 14), where she’s up for Best New Artist as well as Record Of The Year and Best Pop Solo Performance for “Say So.” She’s also been working hard at her next album Planet Her, which she announced just before Christmas (and before “Streets” went viral). Megan Thee Stallion, French Montana, Young Thug, A$AP Ferg, Saweetie, SZA, The Weeknd and Ariana Grande are all expected to make appearances.

Watch the video for “Streets” up top and revisit some #SilhouetteChallenge moments below.