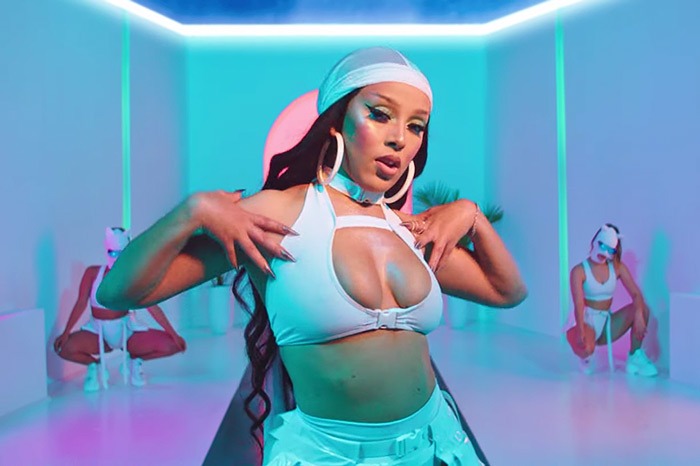 After topping the charts with Nicki Minaj on “Say So,” Doja Cat teams up with Gucci Mane on her latest single “Like That.”

The dance-heavy clip was shot against green screen and features a twerking Doja, clad in assless chaps while gliding on the floor. She is joined by an animated superhero version of herself, dressed in all white while shooting fire and flying through the sky. She later links up with Guwop, surrounded by a galaxy of stars and planets.

“Like That” is the latest release off Doja’s sophomore album Hot Pink, which dropped last fall.

Earlier in the week, the embattled rapper released her “Unisex Freestyle” on SoundCloud. The sultry track finds Doja celebrating her sexuality. “I’m for all the ladies and gentlemen / I’m unisex, unisex,” she sings.

Gucci Mane is readying new music of his own. After vowing to leave his label Atlantic Records over allegations of racism, the 1017 CEO announced that his new album So Icy Summer will drop July 3. He also plans to reveal his new label situation that day. Additionally, he says that he is getting his “own brand” with fashion house Gucci.