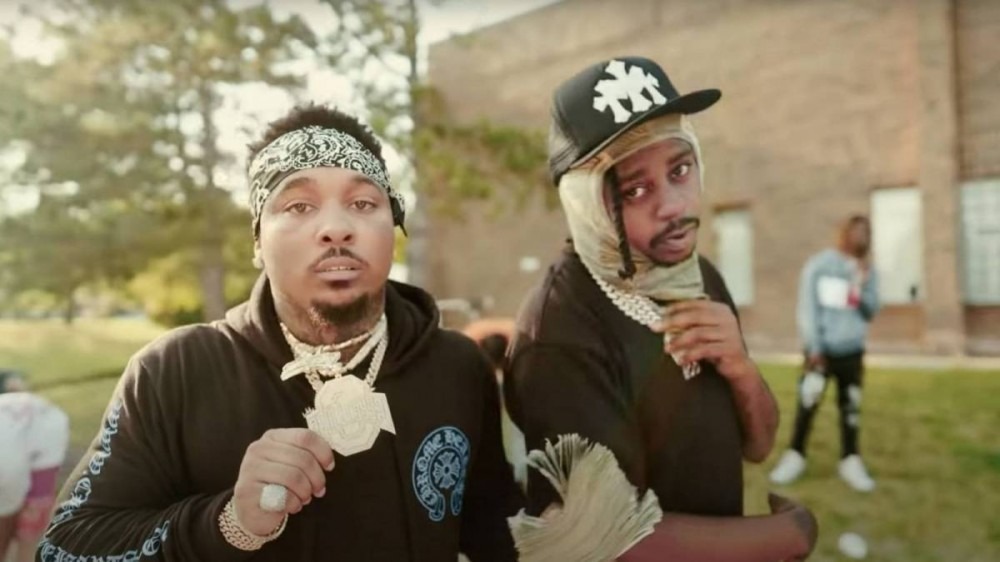 Future’s Freebandz artist Doe Boy has hopped in the field with Motor City rapper BabyFace Ray for his latest visual.

In a tweet the Cleveland-bred lyricist posted on Sunday (January 2), he praised his co-star BabyFace Ray for the rap-heavy verse he provided for their “Onna Hood” collaboration with, “Babyface a fucking problem.”

Doe Boy joined forces with Detroit rapper 42 Dugg last month to initiate the rollout for his upcoming OhRealllly album with the release of their dynamic “Ain’t My Fault” collaboration.

Though Doe Boy hasn’t dropped an album since 2020’s DJ Esco-produced 56 Birdz album and the Southside-helmed Demons R Us collab project, he managed to pull off some major collaborations in 2021, including his “Low Key” single with Lil Uzi Vert.

Doe Boy hit the studio with Drake following the release of his Billboard Hot 100 chart-topping “Scary Hours” single  as well.

Watch the visual for “Onna Hood” below.