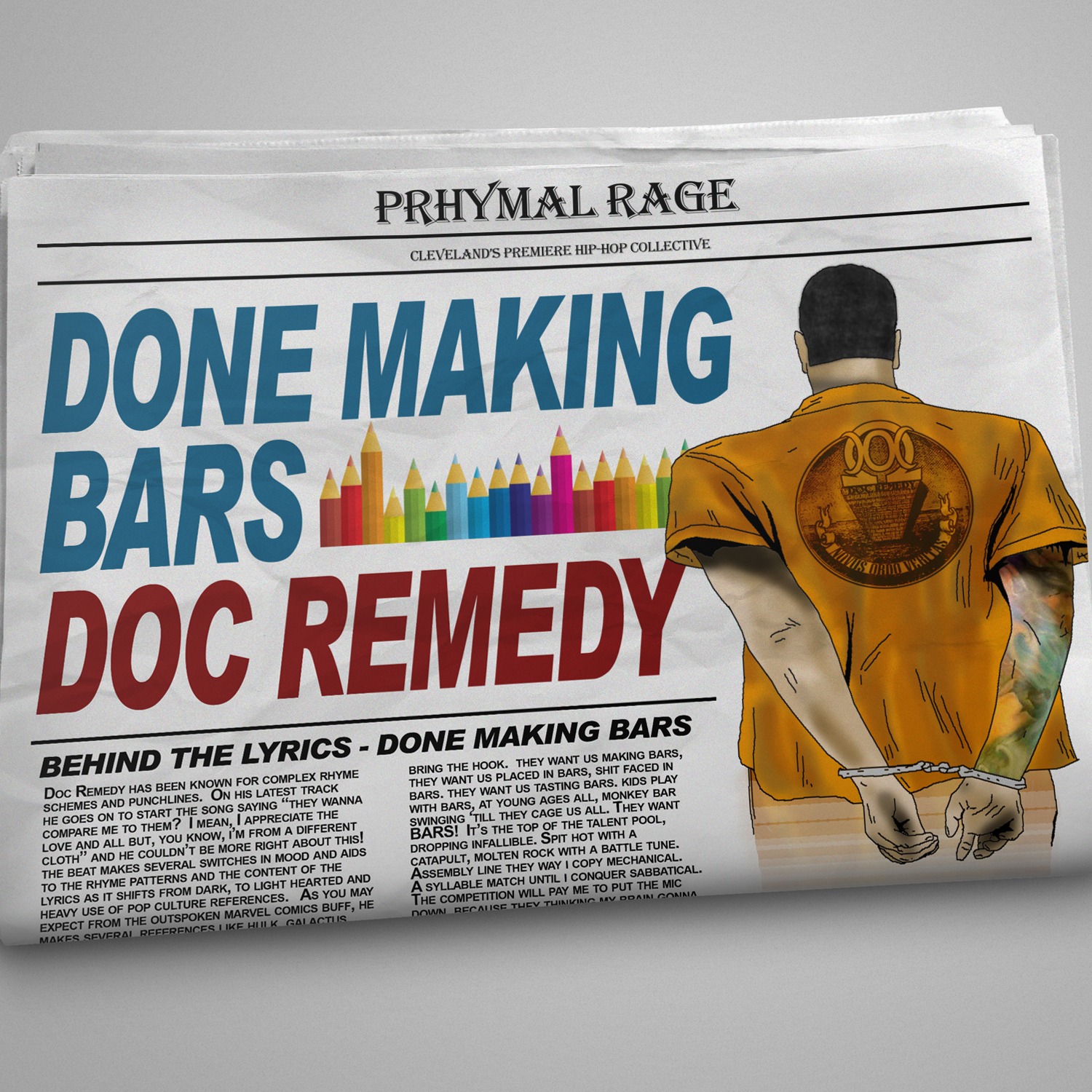 Doc Remedy, a Hip-Hop Collective based in Cleveland, Ohio who specializes in Boom-Bap, Lyricism, and Conscious Hip-Hop styles just released a brand new project “Done Making Bars.” On the track, they utilize a new wave of blended Hip-Hop and mainstream music.

As an emcee and producer Doc Remedy has worked with artists like Ras Kass, Copywrite, Illogic, Seez Mics, Planet Asia, M-Eighty, Empuls, Fashawn, Maylay Sparks, Sha Stimuli, & many more.  With a heavier focus on production and sound engineering, the past few years emceeing has taken a back burner but we have released this joint out the vault, recorded in December of 2017.