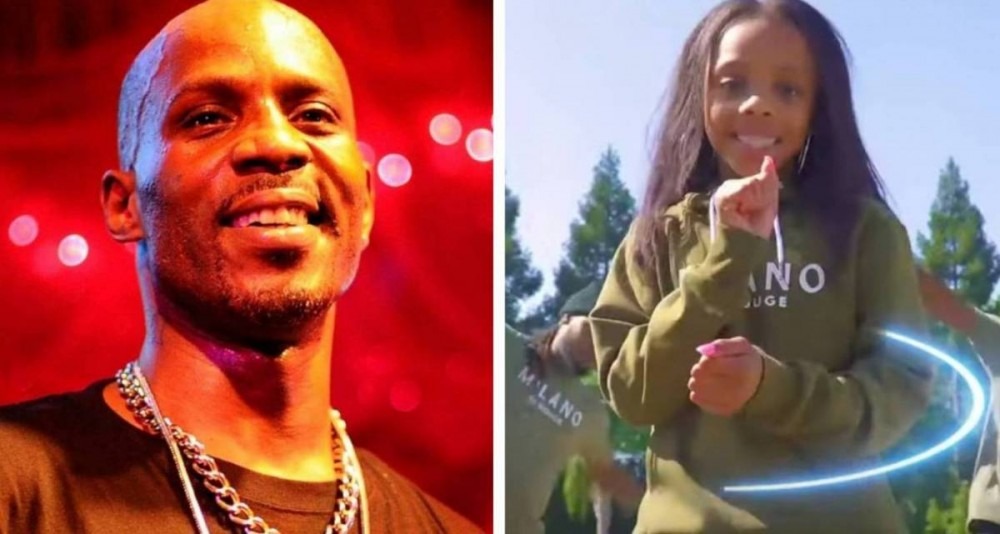 The tragic passing of DMX this past April has led to a newfound interest in the late Ruff Ryder’s music, with his streams spiking close to 1000 percent once his death was confirmed.

It also has sparked a new vigor in Sonovah Hillman Jr., one of the Hip Hop legend’s 15 children.

In a new interview with NBC DFW, the 8-year-old starlet confidently explained how her father’s talent courses through her own veins.

“Whatever is on my mind, I just write about it,” Sonovah Hillman Jr. said. “Rapping makes me feel powerful. Someday I want to own a mansion with 15 bedrooms.”

According to the news outlet, producers have asked DMX’s daughter to posthumously collaborate with her dad on two songs. It’s not yet known if the project is different than the completed album that will be released via Def Jam and Ruff Ryders’ respective imprints.

“Sometimes she looks just like him depending on the angle you catch her,” the Oakland resident admitted. “She has a lot of his traits as far as an artist. Writing is easy for her.”

When asked about her favorite DMX song, she pinpointed the energetic “Party Up (Up in Here)” while revealing her career path would indeed make her dad proud in case you were wondering.

“He was happy when I told him I wanted to rap,” she said, recalling a February 2021 hangout in Miami where they got to spend quality time.

Sonovah Hillman Jr. released the music video for her single “TikTok Kid” on Saturday (May 8), months after her debut single “I Hate Zoom.” The tracks are just two of twenty she plans on unleashing as her career continues to gain traction.

Check out both musical works below. For more information on the life of DMX, check out his autobiography here.