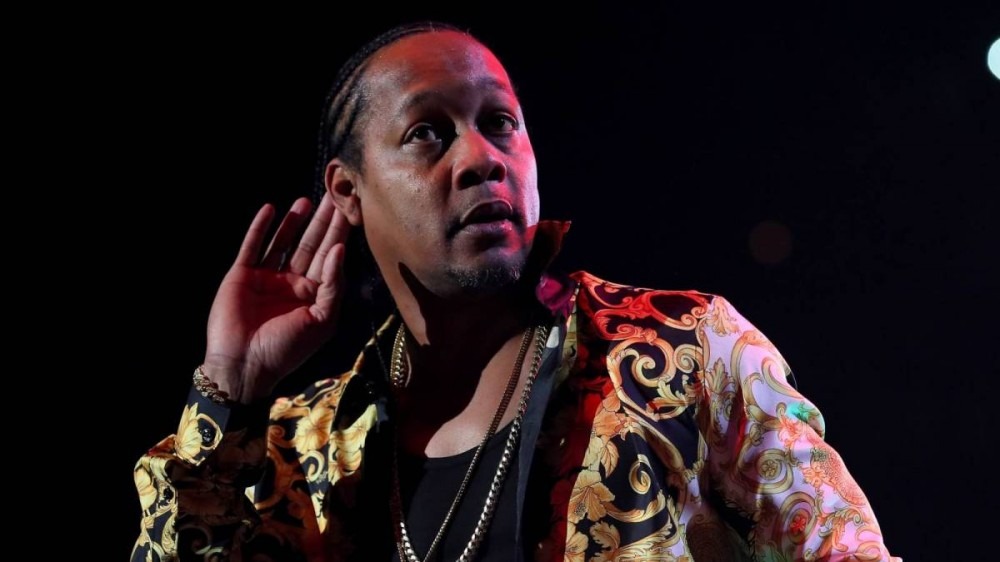 The uncle of 2Pac’s alleged killer, Keefe D, made an outrageous claim during a recent interview with The Art of Dialogue. During the conversation, he suggested DJ Quik helped set up Biggie’s murder the night of March 9, 1997.

Now, DJ Quik has responded to the allegations. On Tuesday (November 2), HipHopDX shared a post about the story to Instagram, and DJ Quik promptly slid into the comment section with, “I’m feeling real litigious right now,” insinuating he wants to take legal action against Keefe D. But longtime music manager Wack 100, who also hopped in the post, encouraged DJ Quik to stand down.

“Don’t,” he wrote in the comment section. “He’s playing dumb trying to clean up what he really said bout hisself. This is a attempt to show what he says isn’t credible so his words can’t be used against him.”

Wack 100 is referring to Keefe D’s multiple confessions about his involvement in the murder of Tupac Shakur. While filming the 10-part Netflix docuseries Unsolved: The Tupac and Biggie Murders in 2018, Keefe D admitted he was in the car when his nephew, Orlando Anderson, pulled the trigger at the Las Vegas intersection of  East Flamingo Road and Koval Lane.

Earlier that evening, Anderson had attempted to snatch a Death Row Records chain, so 2Pac and his entourage wound up assaulting Anderson at the MGM Grand following the Mike Tyson fight. Anderson, a member of rival Los Angeles gang the Southside Crips, immediately sought revenge. With the help of Keefe D, they tracked him down at the 662 Club.

But Keefe D made the confession during a taped conversation under immunity due to his cancer diagnosis. Still, former Los Angeles Police Department detective Greg Kading is calling for Keefe D’s arrest following his latest admission.

During another interview with The Art of Dialogue in September, Keefe again copped to being an accomplice and in the car when Anderson allegedly fired the fatal shots. Kading said he finds it “unfathomable” investigators haven’t questioned Keefe D, especially when he confessed not just once but at least twice.

“We just pulled up to the stop light, they was making a right, there was about 17 cars,” he said in the clip. “We just pulled up in the gutter lane and seen their ass, and that first shot hit Big Boy [Suge Knight] in the head, I thought he was dead, like damn he’s dead.”

“Once that windshield was shot out, pfff, it was over with after that.” After they made their escape, Keefe boasted how the four men allegedly behind the killing “started drinking and shit.”

Keefe D also revealed he was the one responsible for hiding the murder weapon, adding, “I left it on the tire of one of the cars in the parking lot.”

Many people have reportedly contacted the Las Vegas Metro Police Department about Keefe D’s interview, but no further action has been taken.

“There is adequate probable cause to arrest Keefe D on conspiracy to commit murder charges, based on his numerous public confessions,” Kading said. “It would then be a decision of the District Attorney’s office to determine if the evidence is strong enough for prosecution. The police department can absolve itself from their responsibilities by arresting Keefe D and putting the responsibility on the DA, where it belongs.”

“He’s making a mockery out of the justice system and the public perception is that Tupac’s murder case is of little interest to the LVPD,” he said. “The optics on it are horrible. For history’s sake and for the sake of their own reputation, they ought to arrest Keefe D, clear the murder case and place the burden of responsibility onto the shoulders of the DA’s office. It’s that simple.”

HipHopDX has reached out to DJ Quik for further comment.