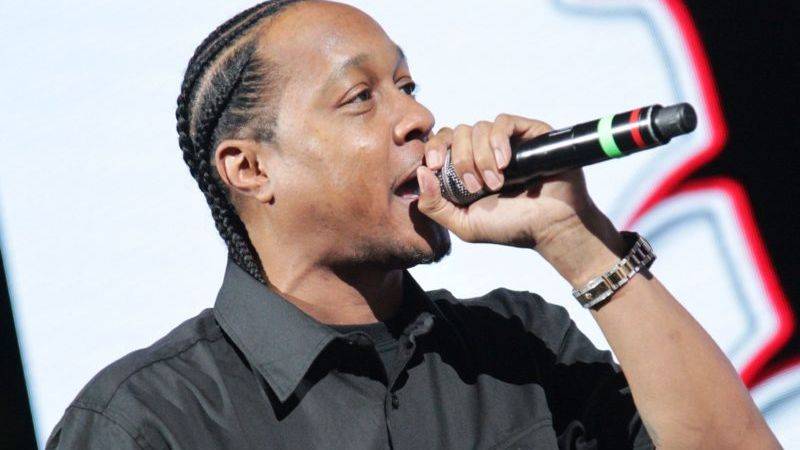 DJ Quik rarely does interviews but agreed to one with the Los Angeles Times. In an article published on Tuesday (March 15), the 52-year-old Compton native looked back on his storied Hip Hop career but noted he’s still in the studio “every damn day.” More recently, Quik was recording with Vince Staples for his next album as well as DJ Mustard, possibly for Quik’s forthcoming album he’s titled David Vs. Goliath (a nod to his government name David Blake).

But he also reflected on the September 1996 night Tupac Shakur was ambushed at a Las Vegas intersection. ‘Pac was shot multiple times after leaving the MGM Grand where he and Suge Knight had just caught the Mike Tyson fight. At one point in the conversation, Quik revealed his mother actually stopped him from riding with the former Death Row CEO that fateful night.

“My mom was so gangster,” he said. “She made Suge and them leave when they tried to get me to come with them to the Tyson fight that night. She said, ‘If y’all don’t get away from my muthafuckin’ door I’m gonna start blastin’. I’mma call the police first then shoot y’all in y’all muthafuckin’ ass.’ She had all the guns.”

There’s a sense DJ Quik is relieved he lived through the ’90s. The West Coast-East Coast rivalry was at its peak, and rappers were dying from gun violence on a regular basis. Now, Quik can sit back and admire just how far he and his peers have come.

“I was just in the studio with Mustard,” he said. “I’m so proud of him and YG. They listened to us when we were younger. And we weren’t the best role models. We drank and smoked weed. Now I take mushrooms — I micro-dose. But I’m proud of these guys: 1500 or Nothin’. Rance. Brody. Terrace Martin. Kamasi Washington. Thundercat. Kendrick, Ali and Dre. Snoop just bought Death Row.”

He continued, “The old Snoop bought the young Snoop’s work. He didn’t let it keep changing hands with other people eating off of him. Now he can eat off of what we call his “stick man” — his incorporation. He incorporates Death Row, he incorporates himself. He becomes the master of his destiny for his catalog, Dr. Dre’s catalog and 2Pac’s catalog. It was the smartest thing. What better fairy-tale ending?”

Over 30 years in, DJ Quik is still behind the production board and on the mic, although he didn’t mention when fans can expect the new project.

“I’m taking all back seats — especially if it has a tray table, a TV and Le Parker Meridien house shoes in the back of the car,” he concluded. “I’m producing some of the hottest artists right now. Unsigned talent. I’m finna produce the next Lata Mangeshkar and the next Whitney Houston. I’m with Larry Blackmon right now making records. Me and Dave Foreman. I’m producing people y’all haven’t even heard of. Clive Davis was my boss. What the fuck else am I supposed to do?”