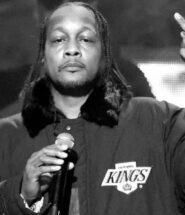 April Fool’s Day has reared its ugly head once again and social media is full of potential booby traps. Thursday morning (April 1) kicked off with a presumably fake JAY-Z tracklist for an African-themed album called Ascension and now, DJ Quik has people believing he got shot.

The veteran rapper shared a series of posts to his Instagram Stories that caused his fans to worry for four hours before he admitted it was an April Fool’s Day prank.

“I’m on the way to the hospital,” he wrote. “Someone just shot my into my car 7-10 times on the freeway. I got hit twice. Pray for me.” He followed up with, “Oh yeah…APRIL FOOL.”

DJ Quik is evidently proud of his handiwork and shared a short video patting himself on the back as the shooting rumors started to circulate.

“Mmmhmm, April Fool’s Day,” he says in the clip. “Y’all got to top that. I got y’all. That was a good one. Damn, I impressed myself with that. Happy April’s Fools, shit. Love y’all. I’m good.”

But some of Quik’s fans didn’t find it so funny, especially considering the wave of freeway-related shootings that have occured over the last five months.

BadAzz Music Syndicate artist Mo3 was gunned down on a Dallas interstate last November, San Diego rapper OG YD was killed while driving down Interstate 805 on March 22 and Sacramento rapper Hot Boy Ju was murdered in a car-to-car shooting less than 24 hours later.

In February, CyHi The Prynce narrowly escaped death when he was the target of an alleged assassination attempt while driving down an Atlanta freeway, which he told HipHopDX he believes was a case of mistaken identity.

Needless to say, Quik is facing the wrath on Twitter for the rouse. Check out some of the reactions below.

Dj Quik lame af for that April fools “joke” at his big age. All these rappers being killed and shot at and he wanna play. pic.twitter.com/U59dJllVHY

DJ Quik thought lying about being shot in a drive-by was a good April Fools joke? He thought Black people needed…at this moment…more Black trauma? 🤦🏾‍♀️

Listen, I love dj quik but that April fools joke was tasteless af

So Dj Quik really did an April Fools joke about him getting shot… smh pic.twitter.com/axlUeBG80V

Welp.. DJ Quik did the dumbest April Fools joke.. because WTF was that?! Smdh pic.twitter.com/G7cR3prU4e