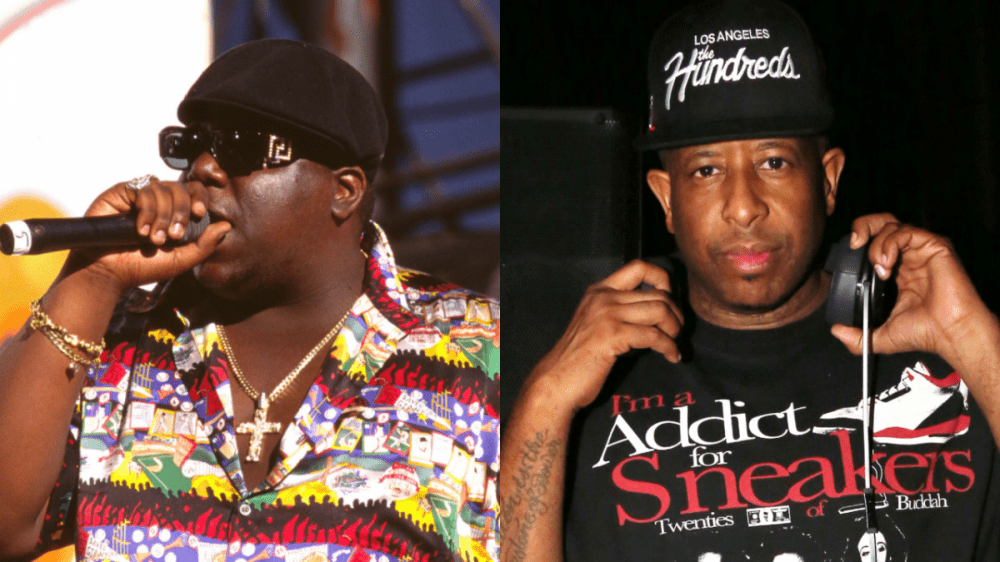 New York, NY – Almost a quarter-century after his death, The Notorious B.I.G. is still widely regarded as one of the greatest rappers of all time. From his clever, intricate rhymes and liquid flows to his cinematic storytelling and irresistible hooks, Biggie is considered one of the most complete MCs to ever pick up a mic.

What makes his skills even more impressive was his ability to write rhymes without even using a pad and pen. In the latest episode of his new YouTube series So Wassup?, legendary Hip Hop producer DJ Premier recalls watching the late Bad Boy rapper write and record his verses for their 1994 collaboration “Unbelievable” entirely in his head.

“We stayed [in the studio for] about maybe eight or nine hours and it got to a point where I was like, ‘Yo Big, you haven’t written anything down yet, bro. It’s getting late, I want to go home soon,’” Premo says. “He goes, ‘Oh, no doubt, I’m ready … I don’t write nothing on paper.’

“Mind you, I’ve heard all of his album but I never saw the process of him recording, so to see him just go in and go, ‘Live from Bedford-Stuyvesant, the livest one.’ We were like, ‘Ohhh shit! This dude don’t even write rhymes!’

“To have his clever wordplay that he does and he doesn’t do it on paper, that shows you the incredible mind of The Notorious B.I.G. … and how ill he really is an MC and as a lyricist.”

Of course, Biggie wasn’t the only rap phenomenon to lay down his verses purely from memory. Fellow Brooklyn native and DJ Premier collaborator JAY-Z famously ditched the pen and paper after 1996’s “Can I Live,” opting instead to mentally construct his lyrics using his “Rain Man” process.

In the So Wassup? episode, DJ Premier also explains how he and Biggie linked up for “Unbelievable” before breaking down his creative process behind the song’s distinct beat.

“[Guru and I] used to live right down the block from Big,” he remembers. “Every time we used to go to the store to get our 40s and just have a good weekend, we would always see Big and he would always talk about us working. So, when it came down to the album already being turned in and ‘Juicy’ was going to be the first single as a definite, he wanted to get a street record for the B-side so he could hold the streets down.

“[He] calls me one day, I’m at D&D and he tells me, ‘Man, I need that street banger.’ I was so caught up in my time frame of work that I didn’t have time to do really do a song for him. I told Big, ‘I don’t have the time. Maybe we can do it on the next album.’ He goes, ‘No! I need that street banger and you gotta give it to me. I don’t care if it’s just some notes going bap bap bap.’”

With Biggie’s instruction in mind, Premo assembled a simple yet rugged instrumental built around a sample of a single staccato note known as a “stab.”

“I found a note and it had almost, like, a shake to it,” he says. “I took that one note and said, ‘You know what? If I tune it to different ones … and put it on different pads on the MPC60, I could make it out of a beat and put it to the drums.

Taken from The Notorious B.I.G.’s 6x platinum 1994 debut album Ready to Die, “Unbelievable” has been certified gold by the Recording Industry Association of America (RIAA).

The track led to three more Biggie and Premo collaborations: “Kick in the Door” and “Ten Crack Commandments” off 1997’s Life After Death, followed by the Method Man and Redman-assisted “Rap Phenomenon” from Biggie’s 1999 posthumous album Born Again.