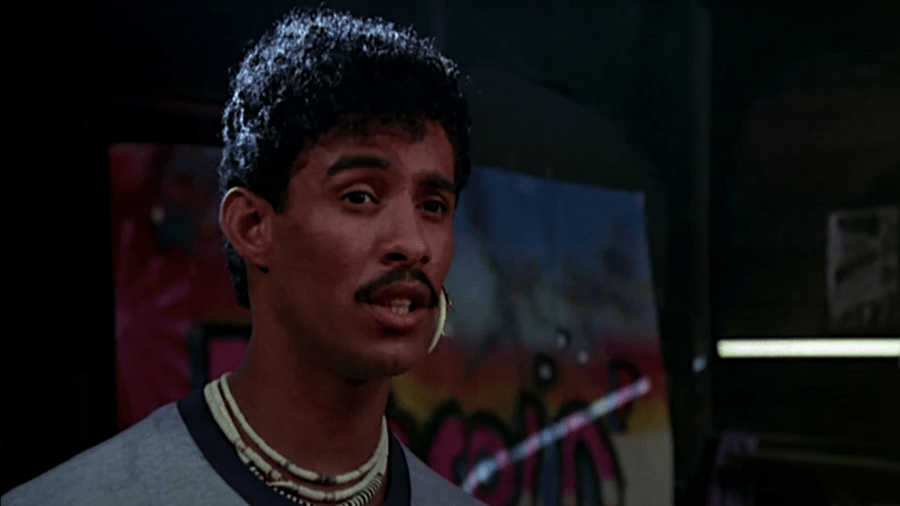 “One Of Our Greatest Street Dancers/Choreographer And HIP HOP ICON and Star of the Hit Movie ‘BREAKIN’ As The Character ‘OZONE’ Has Passed,” he captioned a photo of Quiñones. “R.I.P. Shabba Doo…Crazy Thing Is He Posted On IG Yesterday That He Was Feeling Better…Your Legacy Will Not Be Forgotten…@officialshabbadoo.”

According to Quiñones’ last Instagram post, the 65-year-old feared he was battling COVID-19 but had just tested negative for the virus.

“Good news y’all,” he captioned a photo of himself laying in bed. “I’m feeling all better I’m just a wee bit sluggish from my cold, but the good news is I’m Covid 19 negative! Woo hoo!!! I awoke this morning to a gift from my pal, George “DJ 360MIX” Jett! Thanks man! Anyway, I’m excited lots of catching up to do. Let’s gooo!

“Thank you to everyone for your kind, sweet, and loving get well wishes and thoughts. Oh, I didn’t sleep in my beanie and glasses, lol, I donned them cause my vanity kicked in and didn’t want you to see my bed head, and crusty eyes, haha… Have a great day peeps.”

He ended his post with the hashtags, “#covidwarrior #covidscare #lol.”

Born on May 11, 1955 in Chicago, Illinois, Quiñones was a member of The Original Lockers dance crew alongside founder Don “Campbellock” Campbell, Fred “Rerun” Berry and Toni Basil.

Along with the crew, Quiñones helped popularize the dance style known as locking, which was accidentally created when Campbell was struggling to do the “Robot Shuffle” and stopped at a particular point, leading to a locking effect. Soon, he was incorporating the move into all of his performances and Quiñones quickly caught on.

Quiñones’ big break came in 1984 when he landed the role of Ozone in the cult classic film Breakin’. The plot revolved around a young dancer who’s enthralled by two street dancers — Ozone and Turbo — she stumbled upon in Venice Beach. She convinces them to form a dance troupe and enter a competition that typically doesn’t accept that kind of dance, but they end up blowing the judges’ minds with their innovative style.

The success of the film led to Quiñones’ role in the sequel Breakin’ 2: Electric Boogaloo, which was released that same year. From there, he appeared in Rave – Dancing To A Different Beat, which he also directed, as well as television shows such as The Super Mario Bros. Super Show, Married… with Children, Miami Vice and Saturday Night Live.

In addition to acting, Quiñones served as a choreographer to numerous artist, including Lionel Richie, Madonna and Luther Vandross. He was also a primary dancer and main choreographer for Madonna’s Who’s That Girl? Tour in 1987.

In 2006, choreographed Three 6 Mafia’s performance of “It’s Hard Out Here For A Pimp” at the 78th Academy Awards where the Memphis legends became the first Hip Hop group ever to win an Oscar.

Quiñones’ son Vashawn tells HipHopDX his father was getting ready to open a digital studio in January, so his death came as a surprise. Twitter is exploding with reactions from fans and peers alike, including Krush Groove star Shiela E., Ice-T (who played a club MC in Breakin‘ and Breakin’ 2), Snoop Dogg and R.A. The Rugged Man.

DX sends our condolences to Quiñones’ family and friends. Check out some of the reactions below.

I just lost ANOTHER close friend… SHABBA-DO. LA dance legend. You may know from the Breakin Movies.. Has passed away… FFUCK 2020 SHABBA-DOO MONTAGE https://t.co/x57MVFwV90

My whole heart is broken. 😩 you were my whole childhood. I had your # but never called cuz I didnt even know what to say. Thank you for everything. RIP Shabba Doo 😔 pic.twitter.com/yjcxXQYbqG

I just read that Shabba-Doo a.k.a Ozone from Breakin’ passed away. RIP !! More sad news for HipHop

Damn, Shabba Doo. RIP. So sad to see so many of our foundational dancers passing this year. pic.twitter.com/K2ZBT5rYKk

Wow we literally just spoke last week and from our conversation, he couldn't stop praising our work and how proud he was of us and thanked us for honoring him at our exhibit. Woww this is shocking to say the least, well today we will praise and honor you ❤️🌹 RIP Shabbadoo 🙏🏾 https://t.co/3mhkBxuIF6

Man. What this dude meant to me growing up and to breakdancing. My brother used to take me to the Radio Tron back in 1984 to battle other breakers and watch then best in LA battle it out. RIP Shabba Doo aka Ozone 🙏🏼💔 pic.twitter.com/oPkiqWpxKA