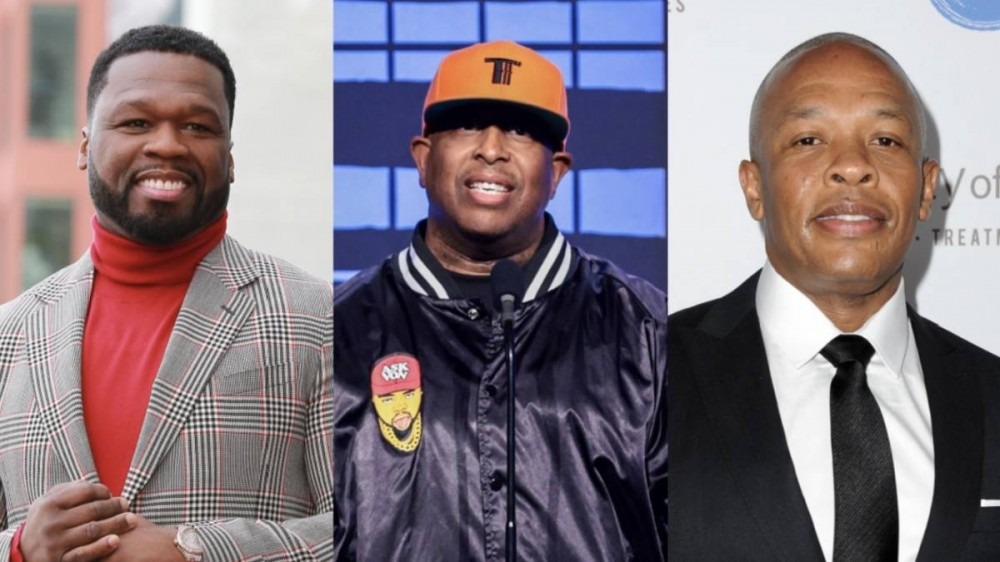 DJ Premier has an extensive Rolodex of artists he’s worked with over his 35-year career. Because of this, he has stories for days of studio sessions and collaborations that never saw the light of day.

During the press run for his new album, Hip Hop 50 EP Vol. 1, DJ Premier stopped by Power 105.1’s The Breakfast Club to talk about the project and, in the process, shared a story about a song he had with 50 Cent right before he became a megastar.

According to Preemo, he was tapped by Fat Joe to work on a Terror Squad compilation album in the early 2000s and had 50 Cent locked in for a song that was planned to be the first single. However, Dr. Dre stepped in after 50 was signed by him and Eminem.

“[Fat Joe] signed me to Terror Squad, and we were supposed to do a project like a compilation album the way Khaled does his, and the first single I was going to drop was a 50 Cent record,” Preemo told The Breakfast Club. “This was when everybody wasn’t really messing with 50 to the fullest because he was having too much drama after doing ‘How To Rob,’ and me and Fif hit it off right away and clicked when I got on the phone with him.”

He continued, “He said he would do the record, and right when it’s about time to do the record, we get a call that Fif can’t do it. I’m like, ‘Why not?’ and they like he’s about to sign to Eminem and Dr. Dre, and I’m like, ‘Noooo,’ because we already committed to us and I talked to Dre and Dre was like ‘Preem, I love you, but he’s not doing any more recording until he does his debut album.’”

That debut would happen to be Get Rich Or Die Tryin’, which pretty much launched the G-Unit boss’s career to the next level. Preemo would eventually link up with 50 Cent on 2011’s “Shut Ur Bloodclot Mouth,” but it was nowhere near the magnitude that first record may have had.

Listen to the album below.