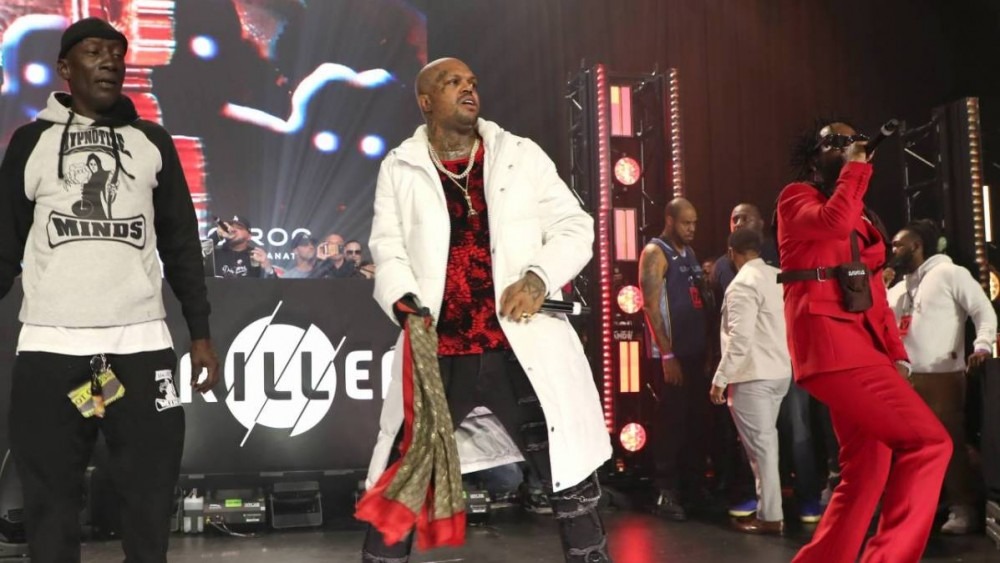 HipHopDX – The Three 6 Mafia Verzuz Bone Thugs-n-Harmony Triller event delivered a lifetime of trunk-rattling rap classics.However, it will forever go down in infamy over Bizzy Bone’s water bottle attack toward Juicy J and the group, prompting a delay in the show.

Three 6 Mafia de facto leader DJ Paul was obviously front and center for the action, which went from 0 to 100 real quick, but he still denies his Memphis rap squad did anything to instigate the scenario, noting Bizzy Bone’s “mood” and testy Instagram posts leading up to the event.

In a recent conversation with HipHopDX, he relived his chain of events as his own two eyes saw things unravel.

“The funny part about it is he hasn’t toured with the guys for like two years,” DJ Paul tells

“I’m not going to let anyone mess with anyone on my team. And that’s what it’s about — it’s about team.”

All appeared to be going as planned on the night of December 3, as the two revered rap collectives partook in Veruz’s 37th clash of Hip Hop discographies. Yet, after several songs, Bizzy Bone commanded the crowd’s attention — as well as Three 6 Mafia’s — with claims he was being mocked while performing his tongue-twisting raps.

Claims DJ Paul vehemently denies with an air of disbelief.

DJ Paul further dismissed any notions of continued “beef” by expressing how much he would love to work with his primetime stage opponents, including Bizzy himself.

With the Verzuz fisticuff moment etched in the history books, DJ Paul is focused on the future. Check back in with HipHopDX for Part II of our DJ Paul chat soon.