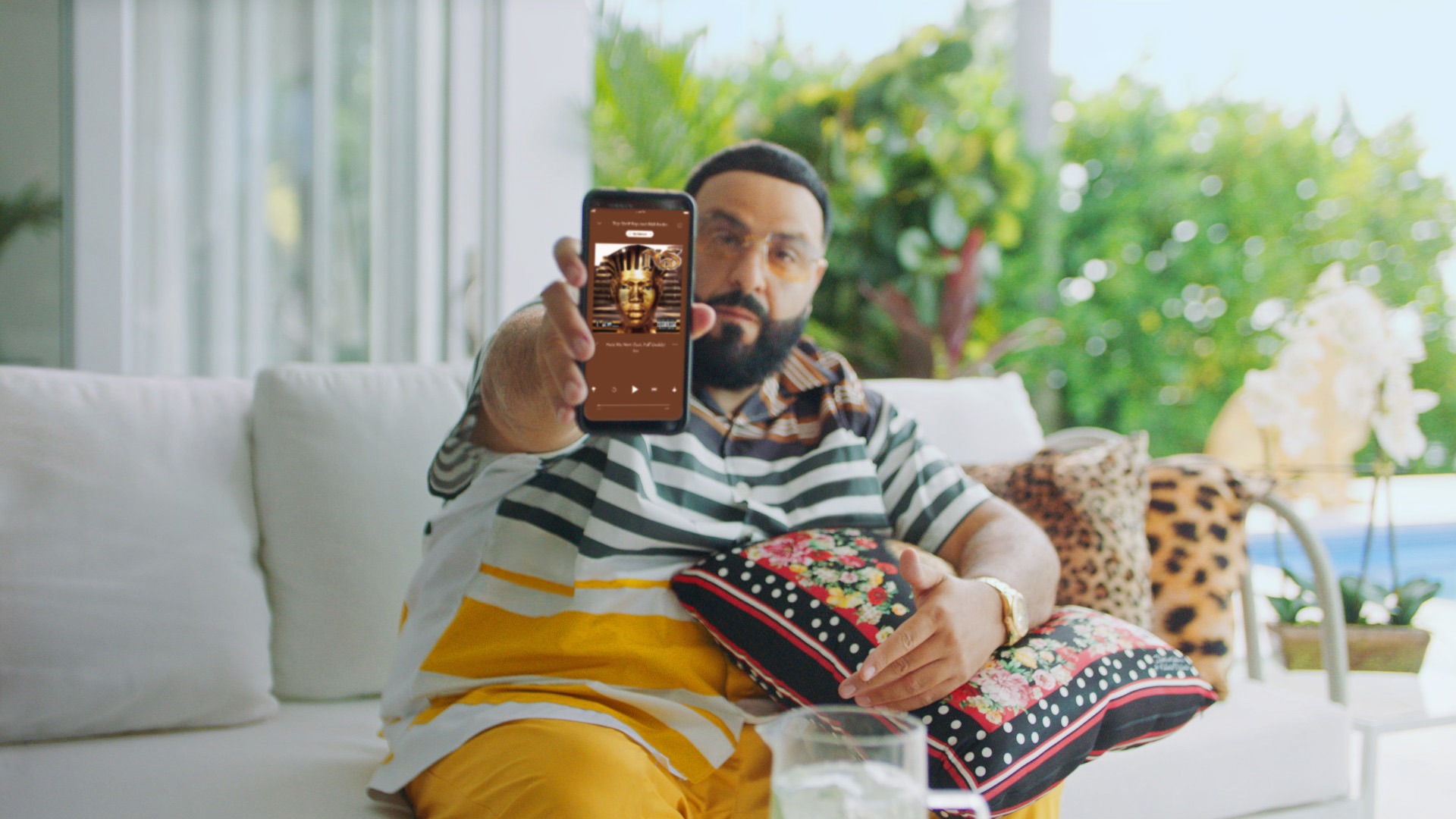 Appearing with Khaled in two spots is Jamaican dancehall artist and collaborator Shenseea. The spots will make their television debut during the 2021 Soul Train Music Awards on Nov. 28 on BET.

The campaign, led by independent creative agency Translation, came from DJ Khaled hyping Pandora at a backyard party. “I usually have to program my own playlists,” Khaled proclaims. “But Pandora does such a great job!”

“It was a completely heartfelt and spot-on expression of what makes Pandora so special – that feeling of having thousands and thousands of music stations at your fingertips that are programmed just for you,” says Greenstein. “When DJ Khaled loves something, he loves it with every fiber of his being, and I knew that we had to try and capture his authentic passion for Pandora and share it with the world.”

“This campaign allowed us to take one of the most recognizable voices in music and culture and find a real connection with an up-and-coming new artist to illustrate the way that Pandora plays the right songs for any moment,” said Jason Campbell, Head of Creative at Translation. “With her connection to Khaled’s dancehall past and her embodiment of what’s next for female artists, Shenseea was a perfect partner for Khaled to help articulate why Pandora’s personalized listening experience is so unique.”

The first ad in the series, “Right Song,” is a reproduction of the organic video that initially sparked the campaign. The second, “Modes for Every Moment,” demonstrates Pandora’s “Modes” station customization feature to Jamaican dancehall artist and collaborator Shenseea, showing how it can be used to create several different “vibes” within a single Pandora station.

In the third, “What’s Next,” DJ Khaled tells Shenseea how Pandora’s “Deep Cuts” mode has introduced him to great new music by playing artists and songs that he might not ordinarily hear.

You can get a glimpse of what’s to come below.