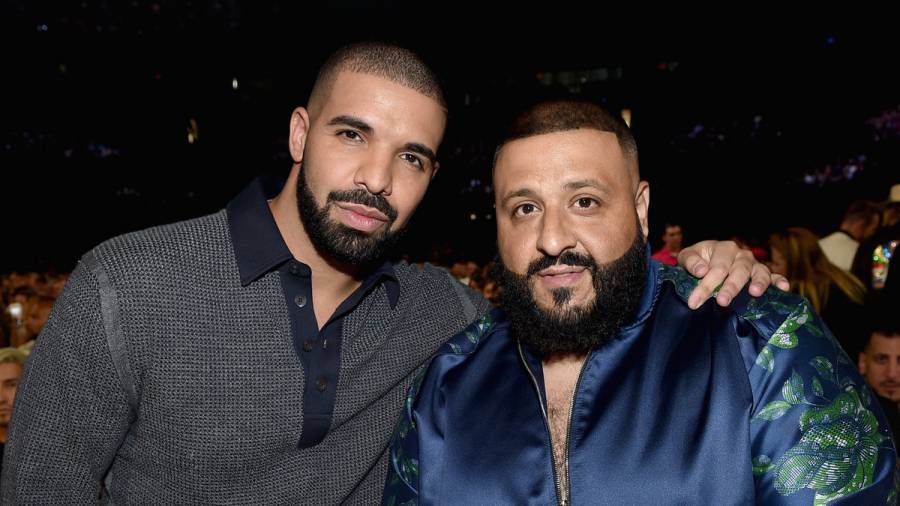 DJ Khaled and Drake have a pretty productive friendship. They have countless songs together and usually visit each other in their respective homes. Their relationship is so strong that they’re able to get early access to some of their collaborations with other companies.

The We The Best boss recently took to his social media with a clip showing him getting a gift from Drake that many people wish to get their hands on. The gift happened to be Drake’s highly-anticipated sneaker collaboration with Nike, the NOCTA Hot Step Air Terra.

He added, “I appreciate you brother. You know I’m grateful. I appreciate this. I love it, but I need the black ones too, and the black and yellow ones you wore with the Maybach even if it’s a sample.”

Khaled then listed a whole bunch of other items he needed from Drake such as the nylon suit he wore during his surprise performance with Future during Super Bowl Weekend in Los Angeles, California, and the baby blue hoodie he wore with his team during the actual big game. DJ Khaled also hinted at the long-awaited collaboration between them.

“Oh yeah, Ima call you later to finish that conversation we had in the backyard, you know, about album mode. Another one,” he said to close out the video.

The NOCTA Hot Step will be the first sneaker to release from Drake’s official partnership with Nike. The 6 God has been teasing the pair for months in different colorways, and the all-black pair is allegedly seeing a release on March 3.

There have been other sneakers that Drake has been teasing, such as the Certified Lover Boy Nike Air Force 1 Low. The clips received a lot of fanfare, but sadly, reports were going out that Nike canceled the release due to mass production issues.