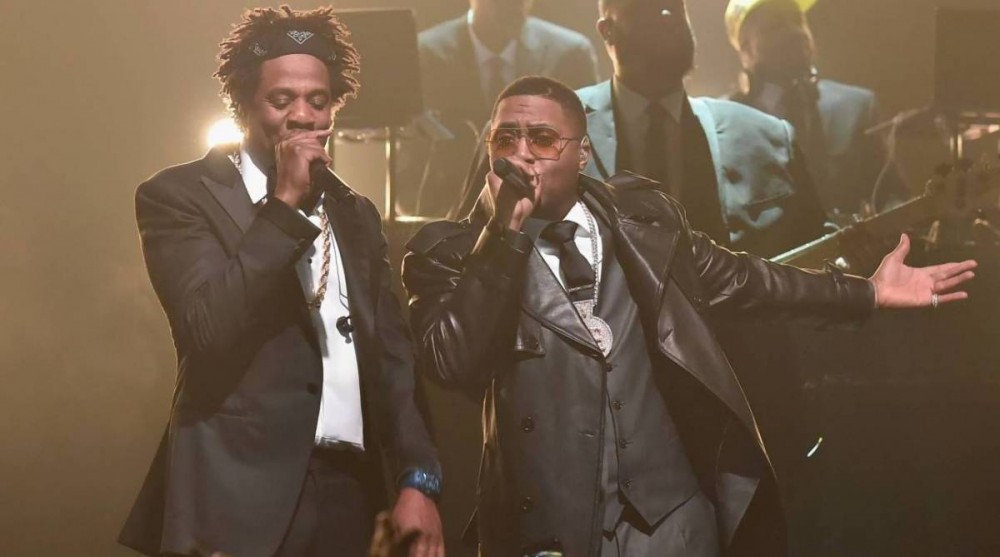 DJ Khaled saved the best for last when it came to his monstrous pairings for collabs on his Khaled Khaled album. After unveiling the official tracklist, Khaled teased NYC rap legends JAY-Z and Nas colliding on “Sorry Not Sorry” alongside James Fauntleroy and The Hive.

The pair of rap deities haven’t linked up on a song together since Magna Carta Holy Grail‘s “BBC” n 2013 and prior to that in 2008 when they joined forces to assist Ludacris for “I Did It For Hip Hop.” They also connected on Hov’s American Gangster cut “Success” in 2007 and the year before that on Nas’ Hip Hop Is Dead track “Black Republican.”

The former enemies have come a long way since the days of “Takeover” and “Ether” dominating Hip Hop headlines and barbershop talk in the early 2000s. While it may seem like Hov steps on Nas release dates with his music, the two are on good terms as Jay brought the Queensbridge legend out for his B-Sides show reopening Webster Hall in 2019.

🤲🏽 #KHALEDKHALED TRACKLISTING
ALBUM THIS FRIDAY APRIL 30TH #FANLUV I Know I said ALBUM 100% DONE but it might be 101% 👀
STAY TUNED!

Also the next post is gonna…. MAN… all I know is … it CHANGED MY LIFE! And it’s HISTORIC 🤲🏽@wethebestmusic @rocnation @Epic_Records pic.twitter.com/7zCPS45hze