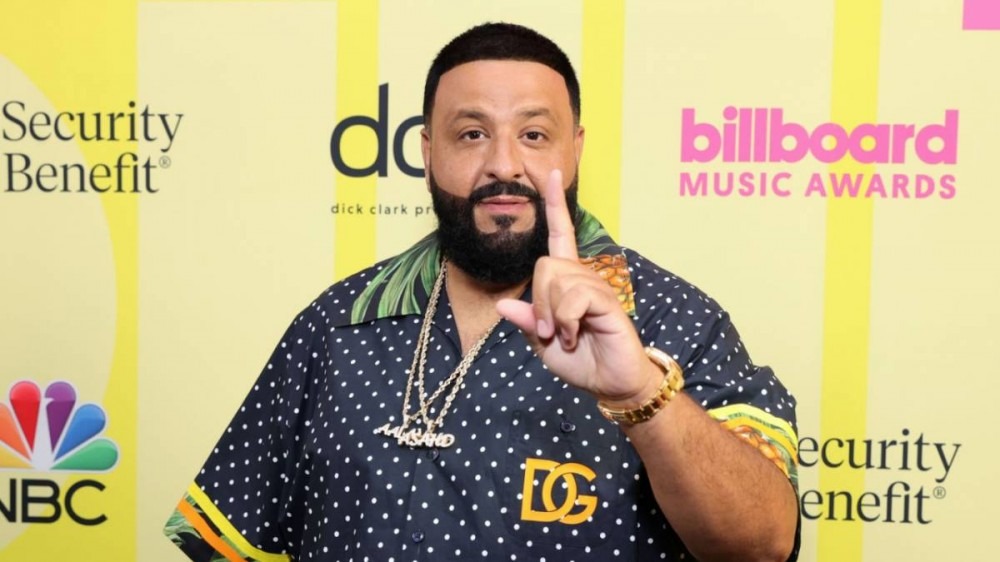 Cleveland, OH – Taking a look at DJ Khaled, one might not think he has any business being on the basketball court, but he’s out to prove people wrong.

With Khaled involved in setting up the entertainment for the NBA’s 2022 All-Star Game in Cleveland, he showed off his jump shot on Tuesday (February 8) and compared himself to the great Michael Jordan in the process.

While playing around at the Miami Heat’s practice facility and with the cameras shining bright, DJ Khaled calmly came through and drained an NBA three-point shot.

The NBA has tapped DJ Khaled to bring along a lineup of star-studded friends to perform throughout the NBA All-Star Saturday celebrations (February 19).

Khaled is expected to reveal the performers at some point next week, and this could signal the start of an album rollout for the We The Best mogul.

The NBA also revealed its Celebrity All-Star Game lineups for Friday (February 18), with Jack Harlow, Quavo and Machine Gun Kelly among those suiting up.

DJ Khaled is no stranger to the NBA All-Star game, as he hit the stage in Chicago for the 2020 game alongside Chi-Town resident Chance The Rapper and Quavo to perform “I’m the One” during halftime.

As far as his new album goes, DJ Khaled recently locked in the studio tosecure vocals from Kanye West and has also hinted at reuniting with Drake.