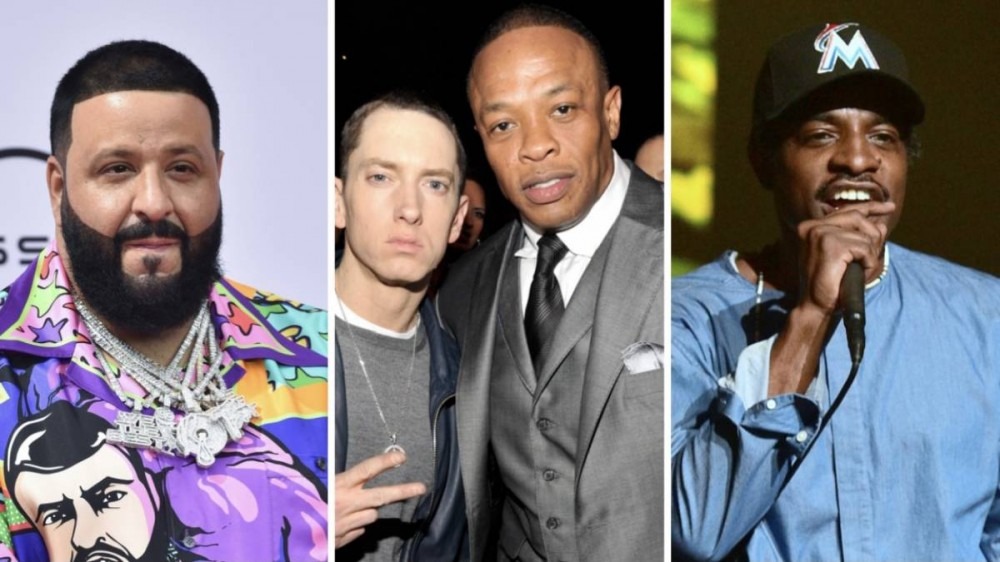 DJ Khaled has worked with an impressive list of people in the Hip Hop world throughout his career. The Miami native has a thing for curating posse cuts that fans have praised over the years, but there are three people that DJ Khaled is hoping he can get in the studio.

During a recent interview with US Weekly, DJ Khaled spoke on his extensive résumé and revealed André 3000, Dr. Dre and Eminem are probably the only three people he has yet to work with.

Eminem and Dr. Dre recently linked up on the 8 Mile rapper’s Music To Be Murdered By and recorded an unreleased remix to Kanye West’s “Use This Gospel.” André 3000, on the other hand, hasn’t been as active on the music front. He was recently spotted in Portland, Oregon cheering on performers at an open mic night.

While DJ Khaled manifests his dream collaborations, he may want to track down his Doppelgänger the same way Snoop Dogg met up with his lookalike.

On Saturday (July 11), TheShadeRoom posted footage on their Instagram of an Uber driver that looked just like DJ Khaled. The Uber riders couldn’t believe their eyes at how much their driver looked like DJ Khaled’s twin. They were even more blown away when the driver used Khaled’s “another one” and “bless up king” catchphrases.