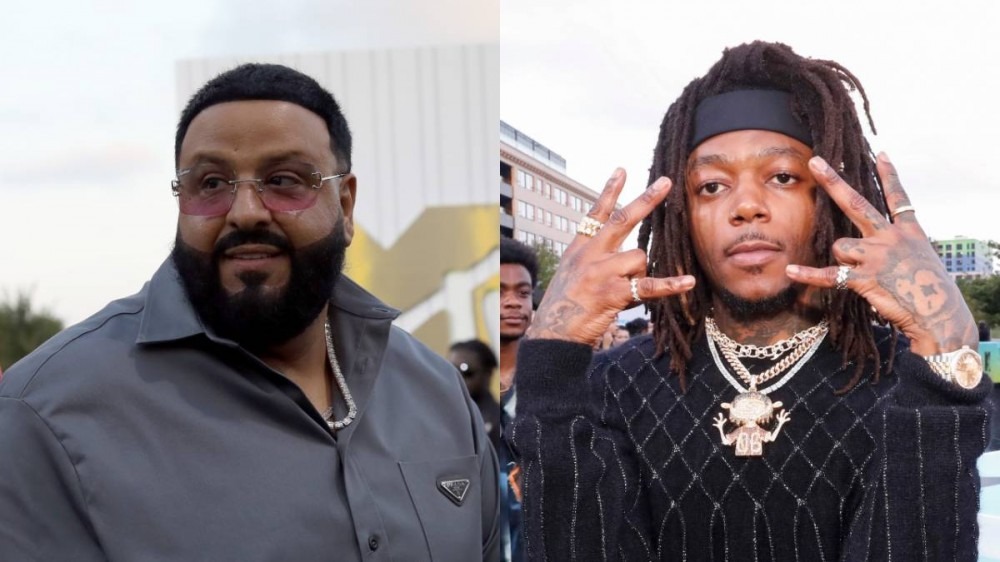 DJ Khaled has given props to his Billboard competitor J.I.D, calling his project The Forever Story a “beautiful album.”

Both parties were present at the 2022 MTV Video Music Awards, which went down at the Prudential Center in Newark, New Jersey on Sunday night (August 29). J.I.D was on the red carpet talking about his song “Stars” with Yasiin Bey, an early fan favorite off The Forever Story, when Khaled swooped in to give the Dreamville rhymer his flowers.

“Congratulations on your album,” Khaled said as he dapped up J.I.D.

As Khaled walked away, J.I.D chose to shoot his shot with the God Did producer and asked “to get on the next one,” which Khaled seemed enthusiastic about.

“His family, his whole team. My brothers. I love you brother keep going alright?” Khaled said before heading into the venue.

“Khaled tol me he loves the album and JID DID on the red carpet..lol” J.I.D tweeted later that evening.

J.I.D later took to the VMA’s Extended Play stage to perform his songs “Dance Now” and “Surround Sound,” which as of Monday (August 29) has been certified gold by the Recording Industry Association of America (RIAA).

“Appreciate the love I been receiving the last few days, this album is very important! Thank you if you took time to listen,” J.I.D also tweeted out on Sunday (August 28).

Despite the hype surrounding J.I.D’s latest project, initial reactions to The Forever Story were overshadowed by Khaled’s 13th studio album God Did, which featured a mind-blowing verse from JAY-Z that the internet spent the afternoon dissecting.

“The rumors are true,” Khaled said of the verse to Complex’s Speedy Mormon. “A lot of rumors are not true, but these are true. I’m a Jay fan, you’re a Jay fan? So everybody has their favorite verse of Jay. I’ll let y’all decide that. I’m telling you, if there was a greatest hits of JAY-Z verses, it’s on there. That I’ll tell you, for a fact. The rumors are true, that’s for a fact.”

While The Forever Story isn’t even a week old yet, JID also told Complex he’s already thinking about what’s next and said his follow-up project is likely to be a Gangsta Grillz tape with DJ Drama.