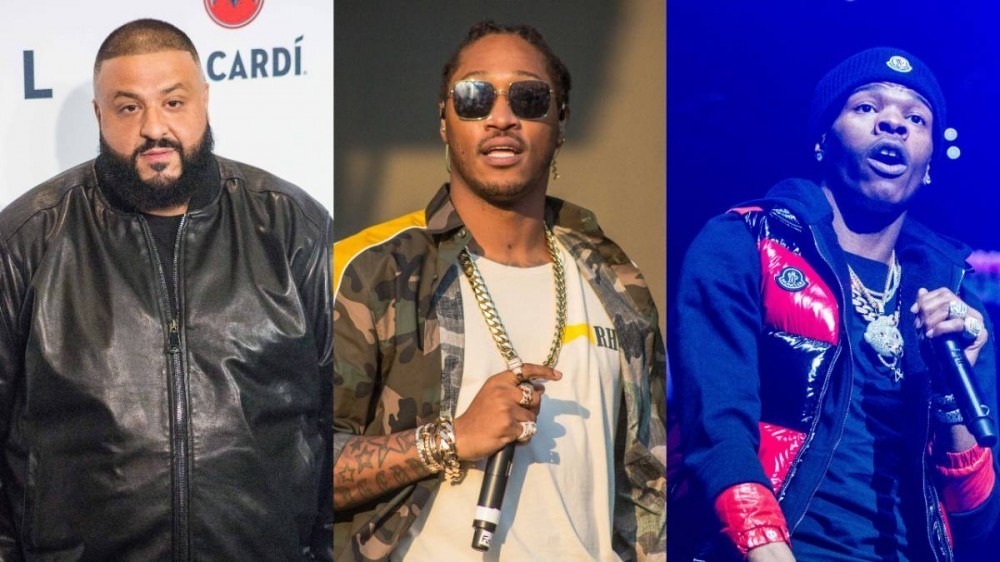 Dj Khaled, Future and Lil Baby are all linking up for a new track together on Khaled’s 13th studio album God Did.

Khaled confirmed with a series of highly energized Instagram posts on Sunday (August 14) that the title track – which features Future and Lil Baby – from his forthcoming record had been wrapped.

“Biggest album coming #AUG26 #GODDID,” Khaled wrote alongside a still of him and the two rap stars. “Today we made more history!”

In another post, Khaled confirmed that Future would be featured on the record two times, and in a third post shouted out his two rap peers for “believing” in him.

“They don’t believe in us, Future did, Lil Baby did,” Khaled said. “Album August 26th. Be ready. It’s special.”

The latest teaser from Khaled comes shortly after he dropped off the first single from God Did titled “Staying Alive,” which featured appearances from Lil Baby and Drake. Prior to the single’s arrival on August 5, DJ Khaled called Drake a “genius” while Timbaland dubbed his hook “the hook of the century.”

“When Drake wrote that hook… there’s a reason why certain people are called genius. This is when you understand that word, it’s called genius level,” Khaled said sitting next to Tim, who replied, “The hook of the century.”

Khaled responded: “Thank you! The whole world is going to sing it, no matter what. Let’s keep it real, I don’t give a fuck what’s playing. You can be in this mode, you can be in that mode, and then when this come on, everybody’s in sync. It’s like, ‘Hey everybody, come together!’”

The We The Best label head has been hard at work hyping up his new record at every turn. Earlier in August, he confirmed that JAY-Z would also feature on the record.

God Did will serve as the follow-up to Khaled Khaled, which was released in April 2021 and debuted at No. 1 on the Billboard 200, moving roughly 93,000 total album-equivalent first-week units.