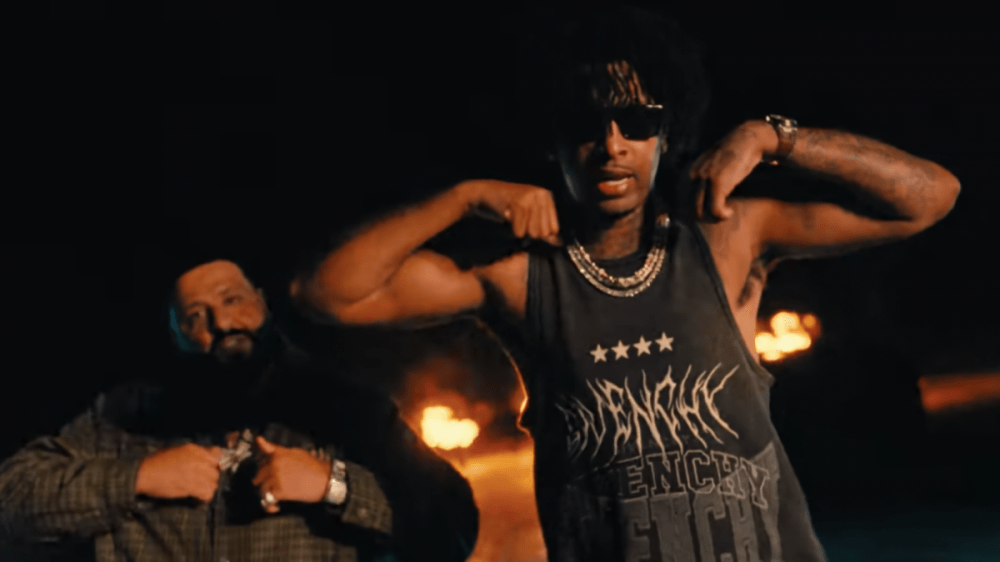 The Christian Sutton-directed clip was unleashed on Monday (August 29) and finds the quartet in an empty lot surrounded by a fleet of colorful Lamborghinis. Khaled introduces the fiery video before passing the baton to Lil Durk.

“He a bitch, he runnin’, he screamin’ for help, we gon’ get him as soon as he tired / I seen bitches get over they feelings for n-ggas some hours after he died / Half the city be bap, the n-ggas who rap be cap, the n-ggas be lyin’,” the OTF frontman raps.

21 Savage then tags in with a flex-heavy verse: “Woah, Rari’ squat low to the flow, wake up, hustle all I know / Rolex cost a hundred times four / I’m from the bottom, I used to be poor / Half a milli’, you want me to choke / My car haunted, I’m driving a Ghost / I told the chauffeur pick up a ho, she like, ‘Bae I can’t open the door.’”

“Keep Going” is just the latest song from DJ Khaled’s new album God Did to receive a visual makeover. The We The Best boss has also released videos for “Party” featuring Quavo and Takeoff, the Kodak Black and Nardo Wick-assisted “It Ain’t Safe” and “Staying Alive,” his chart-topping collaboration with Drake and Lil Baby.

Khaled has also shared behind-the-scenes footage of the making of his latest album. Over the weekend, he posted a video of Kanye West and Dr. Dre in the studio cooking up “Use This Gospel (Remix),” which also features Eminem.

God Did is projected to earn around 115,000 album-equivalent units in its first week, according to HITS Daily Double. Khaled’s previous effort, last year’s Khaled Khaled, debuted at No. 1 on the Billboard 200 with 93,000 first-week units.