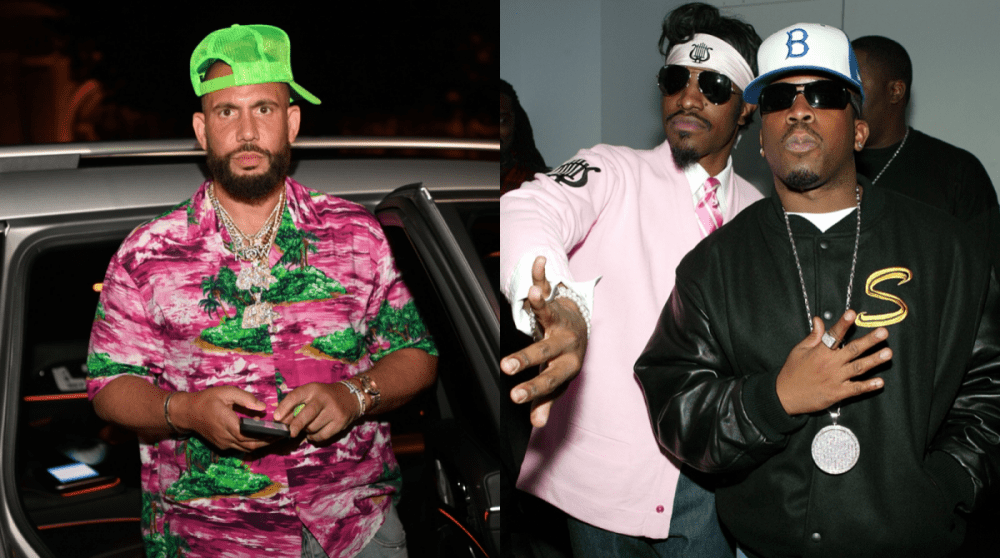 DJ Drama has revisited the Outkast Gangsta Grillz mixtape that almost happened but ultimately ended up being put on ice.

Speaking on the Rory & Mal Podcast, Mr. Thanksgiving went into detail about the mythical tape that never was and explained why it didn’t end up happening.

The track in question would end up becoming “The Art of Storytelling, Pt. 4” featuring Marsha Ambrosius, which landed on Drama’s debut studio album, Gangsta Grillz: The Album.

The Philly DJ and Generation Now co-founder recalled what it took to get the record done. “So I started sending Dre every hot producer in the game’s beats,” he told Rory and Mal. “I sent him everybody’s beats. I’m not gonna name no names, but, you know, at the time I was on fire, everybody was sending me beats … I was sending them and he was turning everything down.”

Eventually he asked his Generation Now partner Don Cannon to make him a beat similar to one he did on Jim Jones’ The Seven Day Theory mixtape, which Drama sent to André 3000 once he was released from jail after famously being arrested for bootlegging and racketeering.

“Literally days after I got out of jail and the raid happened and everything, I had the beat and I sent it to Lake, who was working with Marsha at the time, and I called her and I was like, ‘Listen, I need something like: This is not the end for me. I can’t be stopped, nothing’s gonna stop us. We gon’ keep going.’ And she literally took what I told her and that was her hook.”

Elsewhere in the interview, Drama said he wants “all the smoke” as far as Verzuz battles go, and he believes he could defeat DJ Khaled in a face off.

“How ’bout we just do it and see who wins?” he told Mal, who asked him who would win in a Verzuz between him and Khaled. “You can throw anybody in the mix and let’s see who wins. I want all the smoke. When it comes down to Verzuz, like what? I got a lot of cultural records. I am not to be underestimated.”

He added: “LOX put on a master class and I would do the same fucking thing if I got my Verzuz. Set it up. I really like that. I’m the full package. Nobody’s outperforming me.”