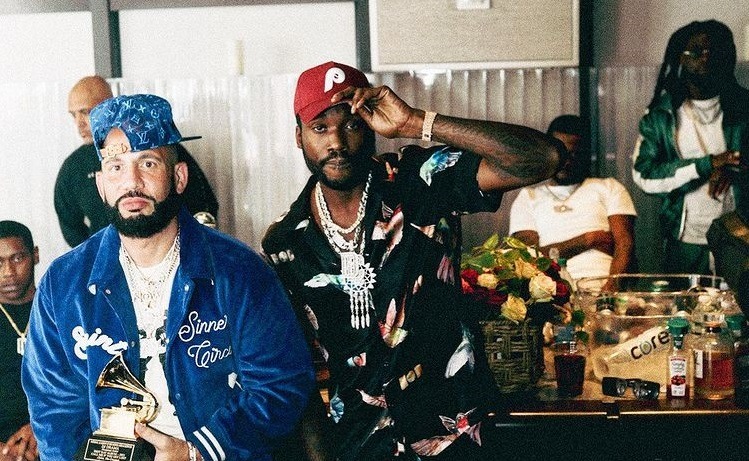 DJ Drama is getting ready to dive back into his Gangsta Grillz projects. After lacing Tyler, the Creator with the magic sauce assisting in a Rap Album of the Year win, Drama is eyeing some more collaborations.

According to TMZ, Drama is planning to unite with EST Gee, Meek Mill, and Tory Lanez on forthcoming Gangsta Grillz drops.

The Meek collaboration is one of the forthcoming efforts that he plans to release in partnership with WME.

Meek Mill wants record executives to put their money where their mouth is. Days after the announcement of his partnership with WME, Meek Mill is challenging execs who don’t believe in him to a $10 million bet.

“If you a corporate person that work in the music business and ever predicted meek is over … I wanna place a 10m bet with you in contract …. Label owners a&rs ceo’s coo’s artist … im just finding out y’all was talking like that … y’all said I was over at least 5 times,” Meek wrote on Twitter.

He added, “And ima do it from independent side no major vibes to make effortless …. This is not a joke this for people that fake call the shots in this music industry …. They really be washed and try to place there limints on you and want you to believe it sneverrrrrr!”

Earlier this month, Leading talent agency WME and artist, businessman, and activist Meek Mill has announced a partnership strategically to focus on the upcoming generation of cultural influencers.

The partnership is a part of Meek’s latest project, Culture Currency, which aims to grow his company while also identifying and assisting his network of artists, athletes, and entertainers so they can make the most of their cultural influence and expand their opportunities in the entertainment, brand, and business sectors.