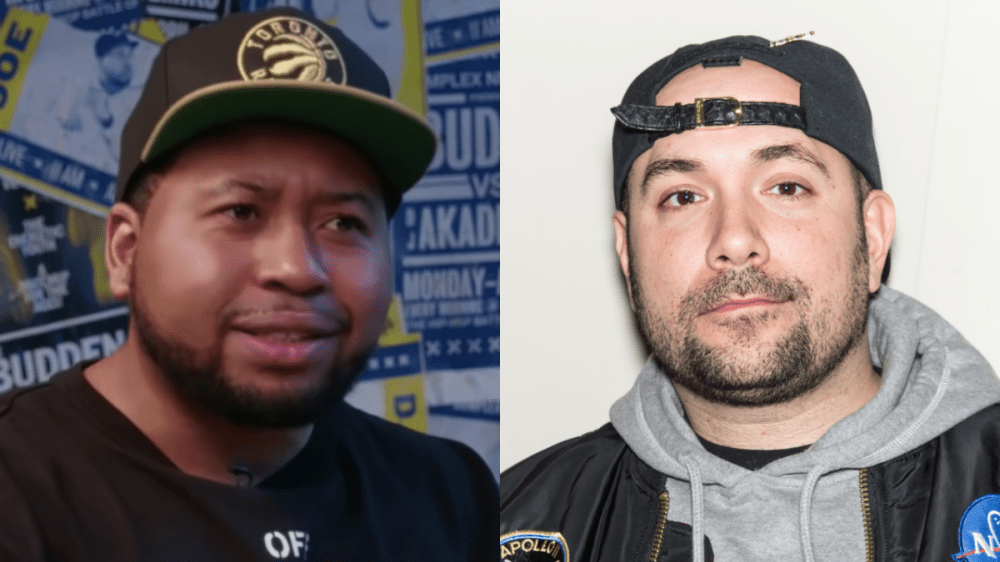 DJ Akademiks poured more fuel onto his bitter feud with Peter Rosenberg during a Twitch stream on Sunday (July 17). After Rosenberg allegedly retweeted some unflattering posts aimed at him, the Off the Record podcast host unloaded on his longtime rival in a venomous rant.

“I heard you called one of my n-ggas trying to wave a white flag,” he began. “Don’t mention my name again, pussy. And I seen you supposedly retweeted some shit where you thought n-ggas had me down. Never in your fucking life, you bitch-ass n-gga.”

Akademiks then made cheating accusations against Rosenberg’s ex-wife, who he divorced in 2018. Reps for Peter Rosenberg deny these allegations stating “It never happened.”

Akademikes also referenced their proposed celebrity boxing match from 2020 that has yet to happen.

“Don’t you retweet nothing about me, you bitch-ass n-gga,” he continued. “I’ll still slap you. Remember I told you we could’ve boxed privately, [you] wasn’t with the smoke. Don’t hit up no mutual friend of ours talking about, ‘Oh, why is Ak going crazy on me?’

“Bitch-ass n-gga, I cross lines. That’s why I be like, ‘You folks on the wrong BBC. You obsessed with a Black man’s business, but you gotta focus on the Black man who fucking yo bitch!’ Don’t mention my name no more.”

Akademiks capped off his diatribe by calling Rosenberg an “old head” and mocking his love for ’90s Hip Hop.

“You one of them n-ggas who would be considered, like, an old head ’cause you the one talking about boom bap Hip Hop. That shit’s a dub! We don’t wanna hear that shit no more, n-gga,” he said, before adding, “I do have respect for elders and people who paved the way, but it’s only so long I’ll take a n-gga jabbing at me.”

DJ Akademiks and Peter Rosenberg’s dormant beef was revived in February after the Hot 97 radio personality dissed Akademiks amid his spat with Megan Thee Stallion over his reporting of the Tory Lanez shooting case.

“Akademiks talks a lot of trash for someone who would go broke in Twitch and YouTube got shut down,” Rosenberg tweeted. “Barely surviving this ratio. lol Ak really got man fans for real.”

The former Everyday Struggle star fired back during a Twitch stream, trashing Rosenberg until he was screaming at the top of his lungs.

“If Hot 97 go out of business, you broke n-gga!” he barked. “I made more one year off YouTube than you made in your whole career. Made more off of Spotify than your whole career! N-gga, I’m that n-gga! Sorry, I’ve been sonning a n-gga like you. Stop playin’ with me, boy.

“You a bum! You work three times longer than me and I’m telling you that I work one-fifth of what you ever did, and I’m still way more lit. You can’t fuck with me in no capacity. Doesn’t matter. It’s big fucking Ak! You can’t say shit. You need to pay homage or shut the fuck up when my name is mentioned! That’s a fact!”

The media personalities’ beef stems from Rosenberg calling Akademiks a “talentless hack” and “the softest man in the game” on-air in December 2020.