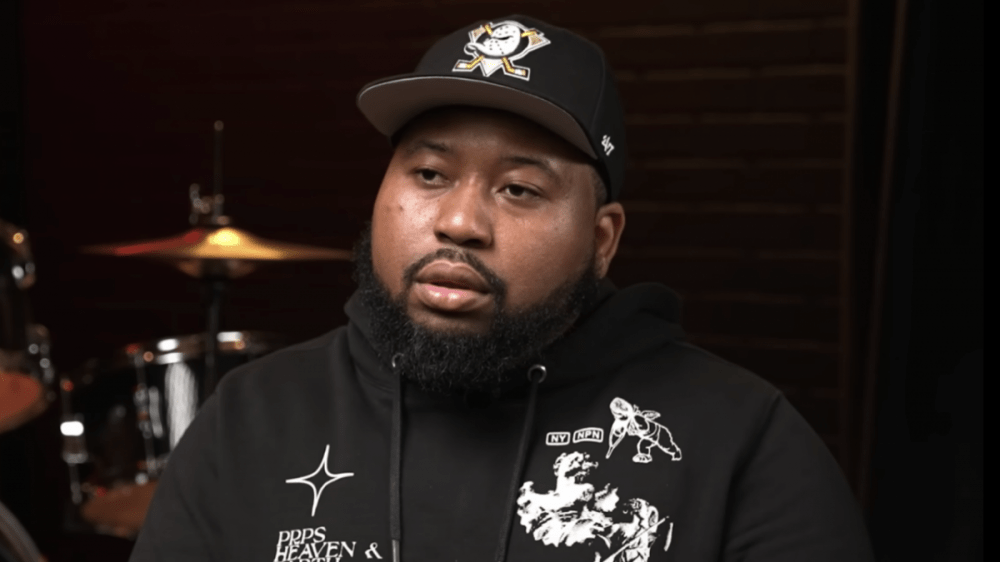 DJ Akademiks has said he’ll “definitely” vote for Donald Trump if he runs for president in 2024, despite the numerous federal investigations he’s currently embroiled in.

In a sit-down with VladTV, Ak began their conversation by speaking about Andrew Tate, the controversial TikToker who’s made headlines as of late for his misogynistic views, including that women belong in the home, can’t drive and are a man’s property.

“Another reason I think for example Andrew Tate is popular, is I believe he’s edgy,” Ak said to Vlad. “I’d ask you where you draw the line on edgy and being straight up a misogynist because I do think one of the things people like with him, it’s kinda like what some people like with Trump. They’re like, ‘Yo, you say it. I won’t say it cause I don’t wanna get in trouble or get canceled, but I’m gonna tune into you saying it and I’m gonna give you the attention.”

Vlad interjected that Trump’s behavior had ultimately led to him being “raided by the Feds” amid other numerous lawsuits against him.

He continued: “Vlad, I’m one of those people where I don’t gotta agree with everything you do or your thoughts or anything. I don’t think we’ll ever do that with any other human being, but I’m simply looking at life under two presidents and this motherfucker looks senile and I think that we need him outta here.”

Ak went on to blame Biden for the economy, and say that he can’t “do nothing right,” to which Vlad reminded him that the high price of oil is heavily due to the war in Ukraine.

“The motherfucker can’t even get Brittney Griner back!” Ak said in response.

The social media personality’s latest inflammatory comments come after he referred to Hip Hop’s latest string of RICO indictments as a sort of “cleansing” for the genre.

“I think rap is going through a cleansing right now,” he said to Vlad. “As I said, all these D.A.’s are following each other. The Philly D.A. — they said: ‘We know so and so is beefing with so and so, like two gangs. If you are in these gangs, you better stop and if you around these gangs, you better get the hell away from them. Indictments are coming.’

“And they named 10 of them. The police are kind of keen to what’s going on and they’re also linking it a lot with music. We’re in the biggest gangsta era ever now.”

Donald Trump has been under multiple investigations in the years since leaving the White House. Most recently, the Federal Bureau of Investigation (F.B.I.) raided his Mar-A-Lago home in Palm Beach, Florida after the former P.O.T.U.S. didn’t return 15 boxes of potentially classified material requested by National Archive officials.

Despite the mostly joyous reactions Hip Hop had to Trump’s F.B.I. raid, Ak isn’t alone in his support of the former Apprentice star. Kodak Black, who has been a die-hard supporter of Donald Trump ever since he pardoned the Florida rapper during his final days in The White House, recently said the twice-impeached former president should run for office again in 2024.

“We need Trump in office forever, man,” Kodak said on Instagram. “Just like how them Chinese and Russian and Korean muthafuckas they have their president. Trump the best thing for America — ya heard me — for sure. I respect that boy logic, setup and whole rundown even if he didn’t free me.”