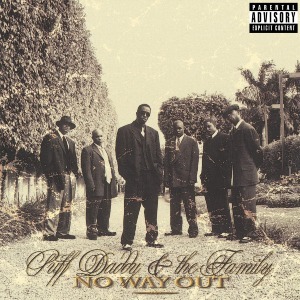 With a new digital deluxe edition of the album, a colored-vinyl reissue, and improved music videos, Sean “Diddy” Combs is commemorating the 25th anniversary of his multi-platinum, Grammy®-winning debut, No Way Out.

This Friday, July 22, 25 years to the day after the original album’s release, No Way Out (Expanded Anniversary Edition) will be available on all digital and streaming sites. It will include the original album and 15 unreleased tracks, including remixes, radio mixes, and instrumentals. No Way Out is also available as a 2-LP on white vinyl, which can be pre-ordered for $39.98. The album will be released for the first time on vinyl since its original 1997 release on November 4 to kick off Hip Hop History Month.

No Way Out opened at #1 on the Billboard 200. It later received the RIAA’s 7x Platinum certification and the Grammy® Award for Best Rap Album. The Notorious B.I.G., Mase, The Lox, and other prominent hip-hop artists like Jay-Z, Lil’ Kim, and Busta Rhymes are featured on the songs along with other members of Diddy’s Bad Boy label.

No Way produced numerous Billboard Hot 100 hits Out, including the Biggie Smalls tribute song “I’ll Be Missing You,” which debuted at #1 on the Hot 100 list for the first time and held the top spot for 11 straight weeks.