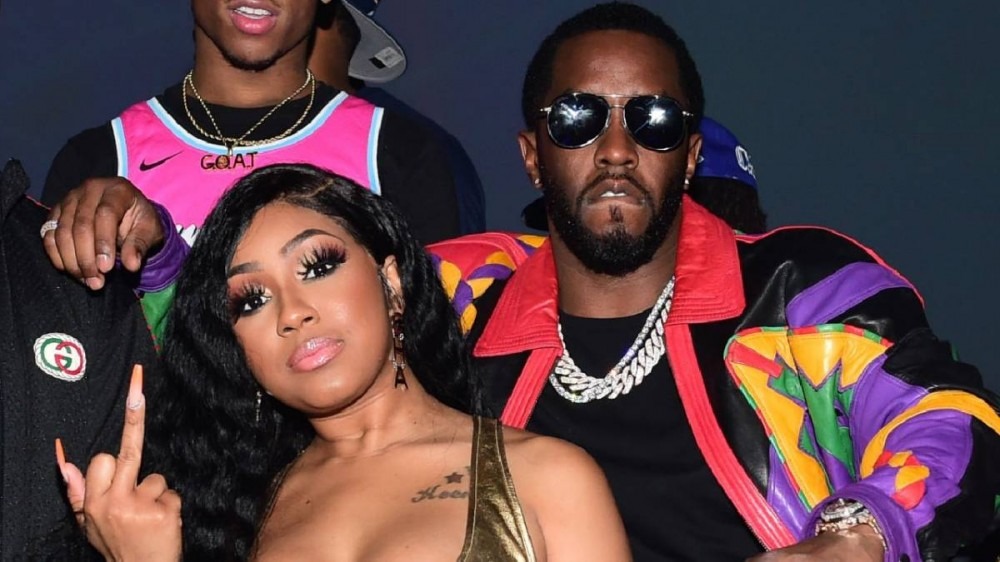 It appears Diddy and Yung Miami are back on (if they were ever truly “off”) after the pair were spotted enjoying each other’s company (again) on the beach over the weekend.

According to The Neighborhood Talk, the City Girls rapper posted a photo on Instagram of her soaking up the sun under a cabana next to a mystery man on Saturday (October 30).

Yung Miami has since deleted the Instagram photo, but she did make another subtle reference to Diddy on by posting the “buenas noches” line from her raunchy new song “Rap Freaks” on Instagram on Saturday.

The full line goes, “Diddy, let me put it in your face like them roaches/And put your rich ass to sleep, buenas noches.”

Yung Miami and Diddy sparked dating rumors in June when the pair stepped out together holding hands at Quality Control CEO Pierre “Pee” Thomas’ birthday party in Atlanta. The pair added more fuel to the fire when Yung Miami was spotted on Puff’s lap at another party in August.

However, Yung Miami soon faced competition for Diddy’s affection. In September, the Harlem-bred mogul was spotted canoodling with Joie Chavis, the mother of two of Future and Bow Wow’s children, on a yacht in Italy.

In another twist in the apparent love triangle, Diddy was caught thirsting over Yung Miami on Instagram just weeks later. “AWWWW SHIIIIIIT !!!!” he commented on her photoshoot, while adding, “SHAWTY WOP!!”

Despite hitting the beach with Brother Love over the weekend, Yung Miami is playing it coy. The City Girl name-dropped Diddy along with over a dozen other rap names on “Rap Freaks,” but in a recent interview with Billboard, she said she wouldn’t sleep with any of the people she mentioned.