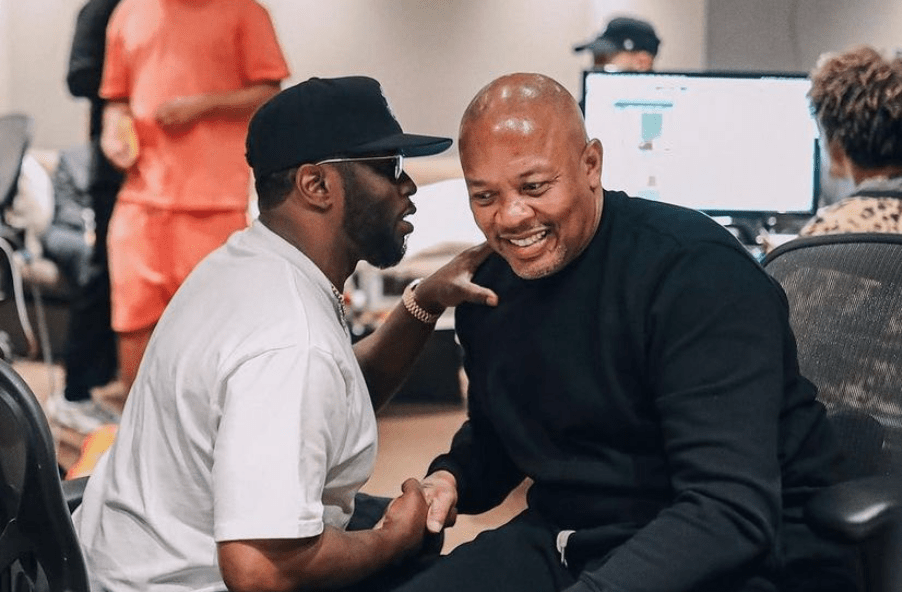 Diddy and Dr. Dre are two of the greatest producers of all time, and its unfortunate that throughout both of their 3 decade long careers, they have never collaborated together. However, Diddy recently took to Instagram where he shared pictures of himself and Dr. Dre working in the studio.

“Yesterday, one of my biggest dreams finally came true. I remember the first time I heard @DrDre’s production,” Diddy wrote in the caption. “It gave me clear direction on the level of Producer that I wanted to be. Last night, I got the chance to work with this man and to see his genius as he coached me through vocals.’

“He reminded me of myself, but with a different style and way more focused. I gotta step my focus up lol !” Diddy added. “But it was a great experience and I thank God for it. I hope one day ya’ll get to have the same experience with someone that you always looked up to as a hero.”

According to HipHopDX, who received an email from Diddy’s team, the two super producers were in the studio working on Dre’s highly anticipated album with Snoop Dogg.

“The two music moguls came together to collaborate for Dr. Dre’s highly anticipated upcoming album with Snoop Dogg, who was also in attendance. Producing with Dr. Dre has been a long-time dream for Mr. [Sean] Combs and the night was made even more special as he coached him through vocals.”

It seems as if Dre is really bringing hip hop production royalty on his next album. Earlier this week, Conway the machine shared a picture of himself on IG in the studio with Dr. Dre and Kanye. He captioned the photo “Spooky!…”