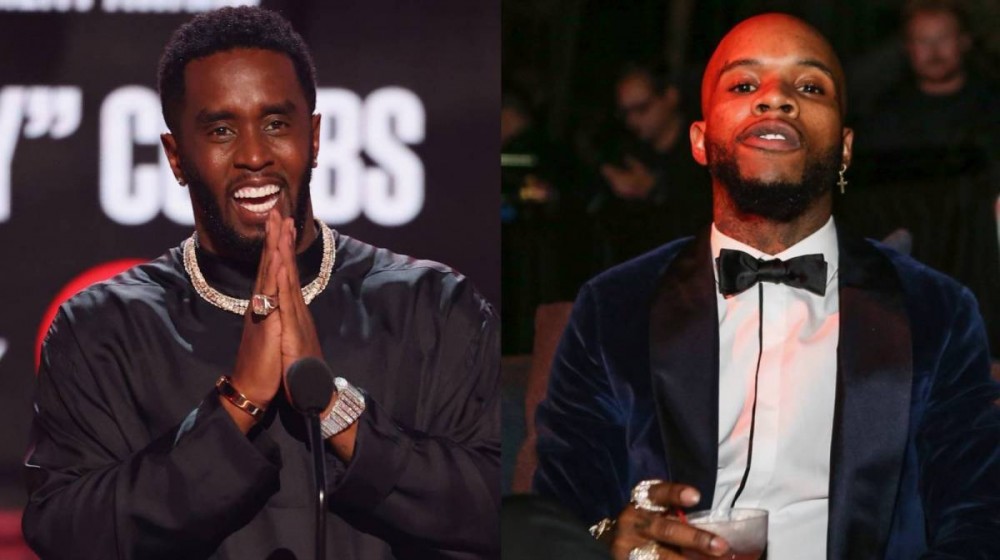 Diddy has been behind some of the biggest hits in music, but when he’s in between the sheets he likes to push play on some Tory Lanez.

The Bad Boy mogul made the revelation during an Instagram Live chat with the Toronto singer and rapper, which came as part of Diddy’s much talked-about R&B debate.

“I’m on a love frequency, but you know I got a mean toxic side to me,” Diddy told Lanez. “And n-gga, when I throw that PLAYBOY [Lanez’ 2021 project] on, I can leave that bitch on muthafuckin’ repeat and really let it do its thing.”

Diddy then went on to call the Chixtape hitmaker one of his “favourite R&B artists” and explained when he enjoys listening to his music the most.

“That’s what I’m listening to in the crib when I’m getting … when I’m doing my thing, you know what I’m saying, with my lady, when I’m just, mmmmmmm, when I’m in that muthafuckin’ vibe.”

He added: “And everybody gotta stop fronting. When they get in that vibe, they know they go get some of that Tory Lanez. Tory Lanez got a good six joints on the smashing playlist.”

In other Diddy news, the Bad Boy mogul and Jermaine Dupri have agreed to face off in a Verzuz-like event after almost a year of going back-and-forth over a potential battle.

Puff went on Instagram Live on Thursday night (August 18) and invited Dupri into the session. Feeling confident about his chances in a head-to-head, Diddy said: “JD, if you want that smoke, you can get that smoke anytime.”

Diddy later clarified what he meant when he said “since we ain’t fucking with Verzuz no more” in a separate post, explaining that he meant to say “Triller” in light of an ongoing lawsuit between Timbaland and Swizz Beatz and the video-sharing social networking service.