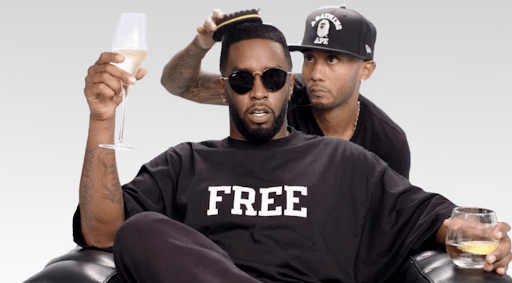 Over the last week, Kanye has been vocal about his frustrations with Adidas, calling out the Senior Vice President and General Manager of Adidas, Daniel Cherry III, on IG along with the footwear giant’s executive board. Kanye also claimed that Adidas had tried to offer him $1 billion for Yeezy and even issued an ultimatum to Adidas saying that unless they abided by his terms, he would end his partnership with the brand today, September 6.

Following his string of posts on IG, many came in support of Ye, even Swizz Beatz who called Adidas copying Ye’s designs “DEAD WRONG.”

“I usually mind my business but this is DEAD WRONG! If we let them do this to @kanyewest it will happen to us also! This man created this groundbreaking innovation and it should be respected as a creative ! YE is only asking for his work to be respected and not stolen that’s not crazy to me !! We not buying these !!!!!!!!!!!! @adidas you’re supposed to be original do the correct thing please !!!”

Recently, Diddy has joined the two in their Adidas boycott. He went on to post the text exchange between him and Kanye where he asked Ye if he could send him something that he could post on social media in support of Ye. In the caption of the post, Diddy vowed never to wear Adidas shoes until they made things right with Ye.

“Since the era of Run-DMC, @Adidas has always used Hip Hop to build its brand and make billions off of our culture,” Diddy said. “BUT WE ARE MORE THAN JUST CONSUMERS NOW, WE’RE THE OWNERS. @KanyeWest and @Yeezy are the reason Adidas is relevant to culture. WE KNOW OUR VALUE! I’m done wearing Adidas products until they make this right!! We have to support each other!! Everybody repost this please!!”

In a post on his IG yesterday, Kanye posted a message that seemed as if he had either left Adidas or the company finally gave into his demands. The message read “I could hear the joy in my teams voices today. Adidas don’t want no more smoke. The movie credits are rolling. This war wasn’t about money. It was about control of our families, of our business, of our story. I gave them the opportunity to settle this quietly. Now it’s time for Gap : )”