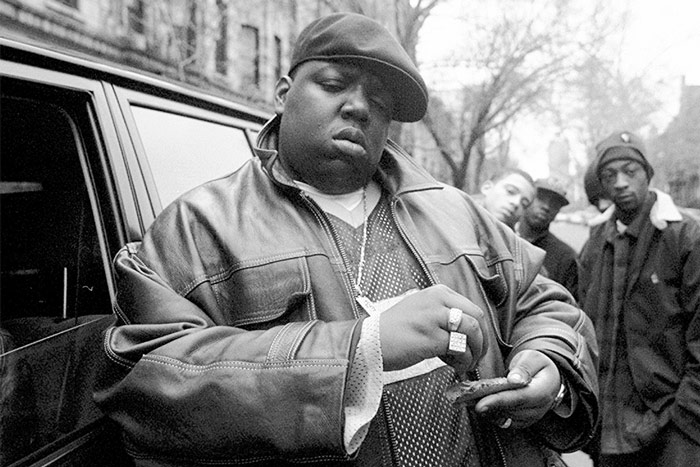 Twenty-three years after his death, the rap legend was inducted into the Rock & Roll Hall of Fame during the 35th annual ceremony that aired on HBO Saturday (Nov. 7).

“Big just wanted to be biggest, he wanted to be the best, he wanted to have influence and impact people in a positive way, and that clearly has been done all over the world,” Diddy said, according to Pitchfork. “Nobody has come close to the way Biggie sounds, to the way he raps, to the frequency that he hits. Tonight we are inducting the greatest rapper of all time into the Rock and Roll Hall of Fame, the Notorious B.I.G. representing Brooklyn, New York, we up in here!”

JAY-Z compared the Notorious B.I.G.’s storytelling to that of Alfred Hitchcock. “They were these tales that was disturbing, but they all had a purpose,” he said. “The human side of him came through in his music, and I think it moved the molecules in the world. I know for a fact that he pointed me in a direction and I’m sure that’s happened to millions and millions of people worldwide.”

Nas explained how Biggie opened the doors for New York rappers. “Rap music is all about who’s gonna be the king,” he said. “The West Coast, they was sellin’ millions of records, and before Big, I felt like there was only so far New York rap could go as far as sales. Biggie changed all of that.”

B.I.G.’s daughter Tyanna and son C.J. accepted the honor on his behalf. “Our father was one of the founding fathers of hip-hop. He helped revolutionize what was a young art form for the Black community and the world,” said C.J. “I’m honored to share his name and his dedication to Black music, creativity, self-expression, and Black freedom. I love you, Meemaw. Thanks for teaching us who Christopher Wallace was as a son, friend, poet, artist, and father. We love you Meemaw. We love you dad. Brooklyn, we did it!”

Biggie, who received a nomination in his first year of eligibility, becomes the second solo rapper to join the Rock Hall after Tupac Shakur, who was posthumously inducted in 2017.

Whitney Houston was also among the Rock & Roll Hall of Fame Class of 2020. She was inducted by Alicia Keys, while Jennifer Hudson, Clive Davis, Kelly Price, and Whitney’s mother Cissy Houston took part in the tribute.