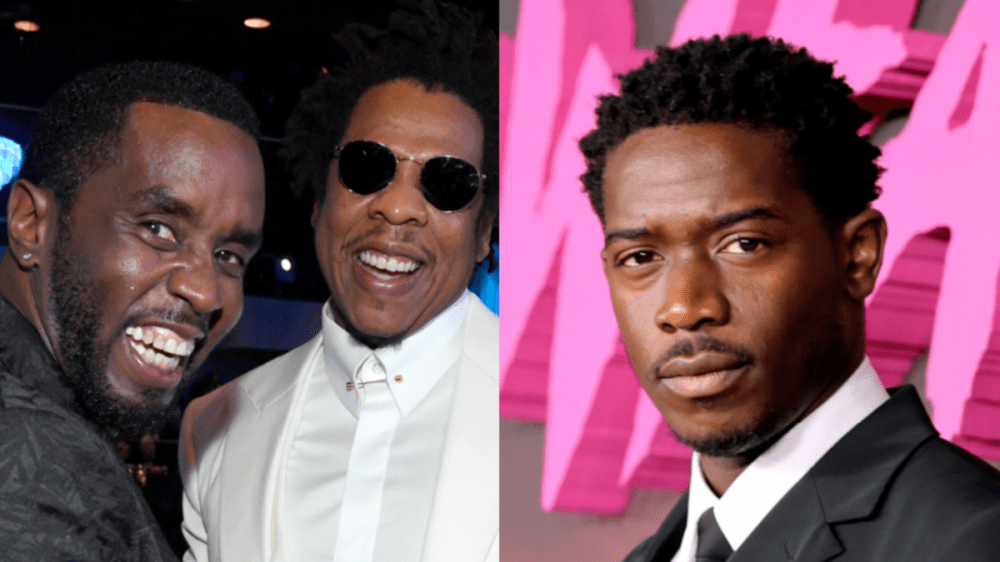 Damson Idris’ role as Franklin Saint in FX’s Snowfall has propelled him to new heights and into the company of the biggest rappers. During a recent interview with The Breakfast Club, the London-born actor revealed Diddy gave him some valuable advice after meeting JAY-Z for the first time at an Oscars party.

“It’s funny, like I’m about to be nervous but they know so much about my work that I’m almost not allowed to be nervous anymore,” he explained. “I remember when I first when I went to the Gold Party at Oscar night and Puff [Daddy] introduced me to Hov – that’s how I met Hov, through Puff. And Puff was like, ‘Yeah, Hov, this is Damson Idris, he’s like the new Denzel [Washington].’ And I was like, ‘Nice to meet you.’ And Hov walked away and Puff was like, ‘You see how you’re acting right now? Like ain’t nothing a big deal? Yeah, keep that… keep that.’”

“I jump on the Zoom and immediately everyone’s laughing because I’m topless,” he said in March 2021. “I thought there were going to be four people there and it’s literally 40 people there and I hear a distinctive voice and the voice is like, ‘Hey man, this man on here topless with his nipples out and he got the grey headboard. Yo, who’s in charge of this Zoom? Yo Schaffer, you in charge of this Zoom? Yeah, you see that guy Damson, kick him out.’

Idris then imitated JAY-Z’s voice, saying, “‘OK, so you wear a hoodie to bed? OK, well, you know, you busy like you said. You in London, so obviously, you know it’s Lenny’s birthday, so why don’t you give your little speech and be on your way.’”