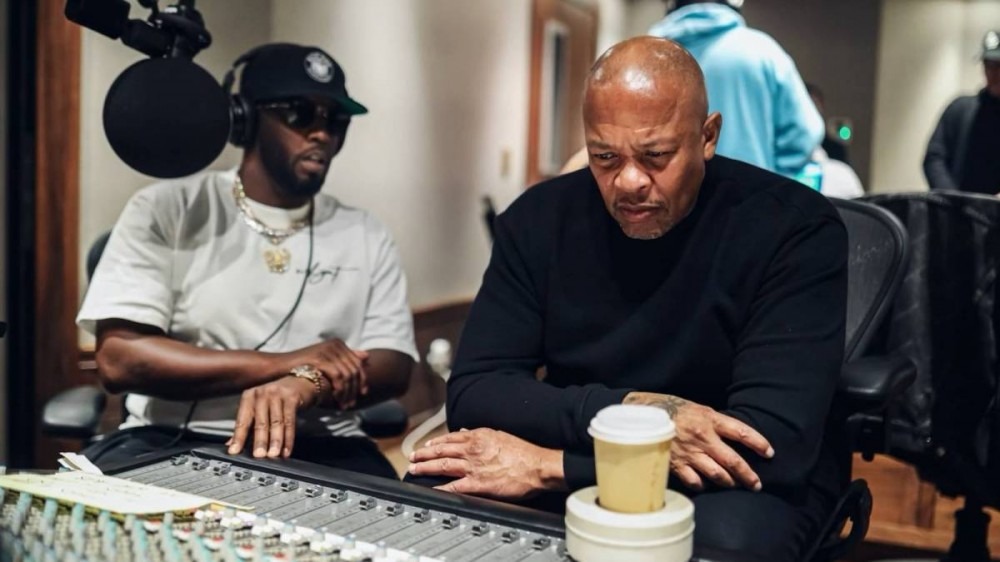 Diddy is celebrating the fulfillment of a lifelong dream — finally hitting the studio with Dr. Dre. On Tuesday night (August 30), the veteran Bad Boy shared an Instagram post consisting of five photos of the dynamic duo in the lab, looking hard at work.

He wrote in the caption, “Yesterday, one of my biggest dreams finally came true. I remember the first time I heard @DrDre’s production. It gave me clear direction on the level of Producer that I wanted to be. Last night, I got the chance to work with this man and to see his genius as he coached me through vocals.

“He reminded me of myself, but with a different style and way more focused. I gotta step my focus up! lol But it was a great experience and I thank God for it. I hope one day ya’ll get to have the same experience with someone that you always looked up to as a hero.”

In an email sent to HipHopDX, Diddy’s team explained, “The two music moguls came together to collaborate for Dr. Dre’s highly anticipated upcoming album with Snoop Dogg, who was also in attendance. Producing with Dr. Dre has been a long-time dream for Mr. [Sean] Combs and the night was made even more special as he coached him through vocals.”

Of course, fans have been waiting on a solo album for Dr. Dre for years. In March, the anticipation for the project was at a fever pitch after Snoop shared a photo of himself and Dre in the studio with the caption, “The Chronic is bac home.” An eagle-eyed Twitter user pointed out in the background a tracklist for Detox, Dre’s long-awaited follow-up to his 1999 album, 2001.

In the months since, the project has yet to come to fruition but frequent studio sessions with notable artists seem to signal something is on the horizon. On Tuesday (August 30), Conway The Machine posted an Instagram photo showing Dr. Dre at the mixing board and Kanye looking at his phone, while the Griselda rapper puffed on a blunt.

Speaking to DX in March, Conway was confident a collaboration with the Doctor would eventually materialize, especially with co-signs from everyone such as JAY-Z and Eminem to Nas and Lil Wayne.

“I hope we get to work together,” he said at the time. “I would love to. I’m sure we will, you know what I mean? I’m sure we will.” Like Diddy, his Dr. Dre dreams have finally come true, too.