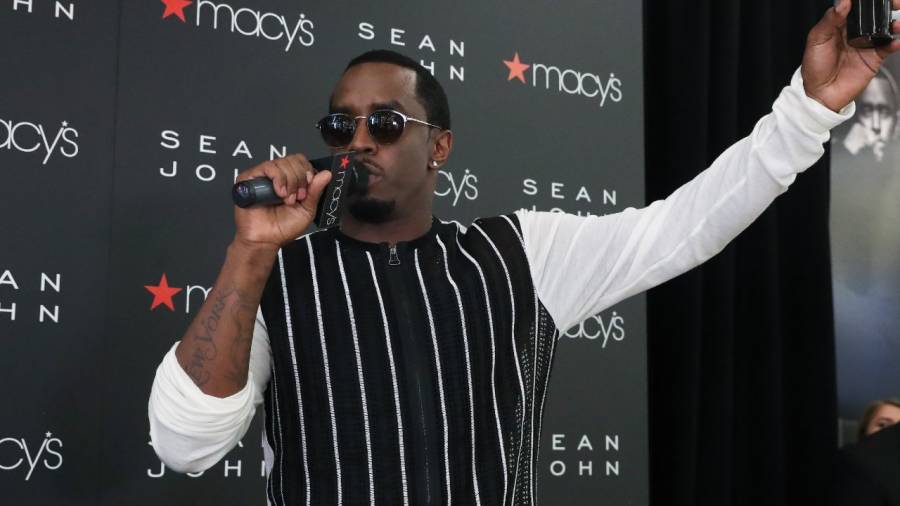 Olympic hopeful Sha’Carri Richardson was banned from competing in the Tokyo games after testing positive for marijuana, which caused an uproar on social media in the process. Many find the punishment to be outrageous considering cannabis is at least medically legal in 36 states, if not fully legal. Only two states — Nebraska and Idaho — prohibit marijuana.

Numerous celebrities have shown their support for Richardson on social media and Diddy is one of them. On Wednesday (July 7), the Bad Boy Records mogul tweeted about how disappointed he was by the trial officials’ decision.

“It’s fucked up and my heart is broken for @itskerrii having her lifelong dream stripped away for using a legal substance,” he wrote. “I’m tired of white people sitting in a room making up decisions that affect our hopes and dreams. They will keep treating our athletes like slaves and entertainment until we shut down on these people! Said from LOVE with love.”

Diddy later expounded on his sentiments after dozens of commenters pointed out she broke the rules, plain and simple. In a follow-up post, he explained how Richardson’s ban is part of a bigger problem.

“To be absolutely clear about my previous post, the point I’m making is that marijuana has been used against my people since some white people in an office (DEA/FBI) saw it as a way to entrap Black Jazz artists to shut down the movement happening in Harlem,” he began. “That’s the real reason why it started, you can research the history. It started from an evil plot, and now this plot is affecting our future.”

He continued, “So many of our brothers, sisters, mothers, daughters and sons are rotting in jail for marijuana and it’s JUST NOT RIGHT. Now, to see them using this against a young Black woman that is on the edge of her greatness, all because some white men decided to make illegal is shameful. Let me be very clear, marijuana does not make you run faster. That’s a fact. This whole situation is bullshit, and if they let Michael Phelps swim, they should let her run!”

But according to USA Today, the Michael Phelps and Sha’carri Richardson comparison lacks context. Phelps, who has won 28 Olympic gold medals, used marijuana in 2008, months after that year’s Olympics.  Richardson, on the other hand, used marijuana on the eve of the U.S. Olympic trials, held June 19 in Eugene, Oregon.

Consequently, she received a one-month suspension after testing positive for THC, which the U.S. Anti-Doping Agency considers a “substance of abuse.” The suspension has a retroactive date to June 28, disqualifying her from competing in the 100-meter race in Tokyo.

The U.S. Anti-Doping Agency follows the World Anti-Doping Agency’s code for substance use that prohibits marijuana during the “in-competition” period, which begins before midnight on the day before a competition the athlete is scheduled to participate and continues “until the end of the competition and the sample collection process.”

Richardson ingested the weed before the competition, which wasn’t the case for Phelps.

Regardless, the ban has elicited quite the response across the globe. Everyone from Drake and Snoop Dogg to Cardi B and now Diddy are in her corner. Blueface’s manager Wack 100 was among the few who slammed Richardson, saying she “failed us a people.”